The entire play and program was translated into Korean to help reach the AAPI and Korean communities. These translations were displayed onto the stage for people in the audience to read and follow along with.

Lawrenceville, GA — Despite the gloomy weather outside, Ins Choi’s “Kim’s Convenience” brought laughter and tears to Aurora Theatre on Sunday night. The complicated story surrounding Appa and his family-run convenience store will dominate the stage for the Jan. 19 to Feb. 19 season.

Appa, played by James Yi, lived a story familiar to many immigrant families. He’s an overworked Korean Canadian who struggles with English and keeping his family-owned business alive. Yet, he is devoted to providing for his community, daughter, wife and absent son.

The seemingly lighthearted first half was full of jokes about Appa’s mispronunciation of words and unique understanding of American culture. However, conflict arose when he was offered money for the land that his store sat on. Appa turns to his family as he reflects on the store’s legacy and future.

“It was intense, intriguing and captivating. There was a lot of emotion expressed, even had me in tears in some of the scenes … I didn't come away with any questions unanswered,” audience member Bonita Easley said.

Co-founder and producing artistic director, Ann-Carol Pence, addressed the audience before the show began. She stated her commitment to uplifting all stories and also that the playwright, Ins Choi, appeared at opening night.

Kim’s Convenience has been performed across North America with Yi playing Appa in seven of them. He’s acted in shows at Vancouver, Seattle, Ontario and now, Atlanta. While the character was not new, he said there were still many layers to Appa.

Rebecca Wear, the director of this play, helped Yi explore deeper with his character and learn something he hadn’t before. Wear also teaches at the Univerrsity of California Santa Barbara Theatre and Dance department.

When Wear came to Atlanta, she was excited about the the “amazing diversity” in ethnicity, immigrant population, aesthetics and interests. Asian people alone make up 13.2% of Gwinnett County says the U.S. Census Bureau.

Because of this, Wear also nodded to Pence’s commitment and saw an opportunity to uplift this Korean experience that many AAPI in America have. The rise of Asian hate crimes and effects of the pandemic on the Asian community impacted theatre, according to Wear.

“I think one one response that we've seen from theaters then in turn is actually to, in some ways, produce or to acknowledge that Asian diasporic or Asian American work needs to be considered as part of seasons. It needs to be valued as well,” Wear said.

The entire play and program was translated into Korean to help reach the AAPI and Korean communities. These translations were displayed onto the stage for people in the audience to read and follow along with.

From the audience perspective, Easley picked up on the importance of legacy and family that exists in many Asian cultures. She understood Appa’s desire for his children to carry on what he started because she was also a parent.

Yi noted that many works produced by first generation Asians reflected the harm and abuse they felt from their parents. However, he thought it was important that Kim’s Convenience showcase the loving side as well. 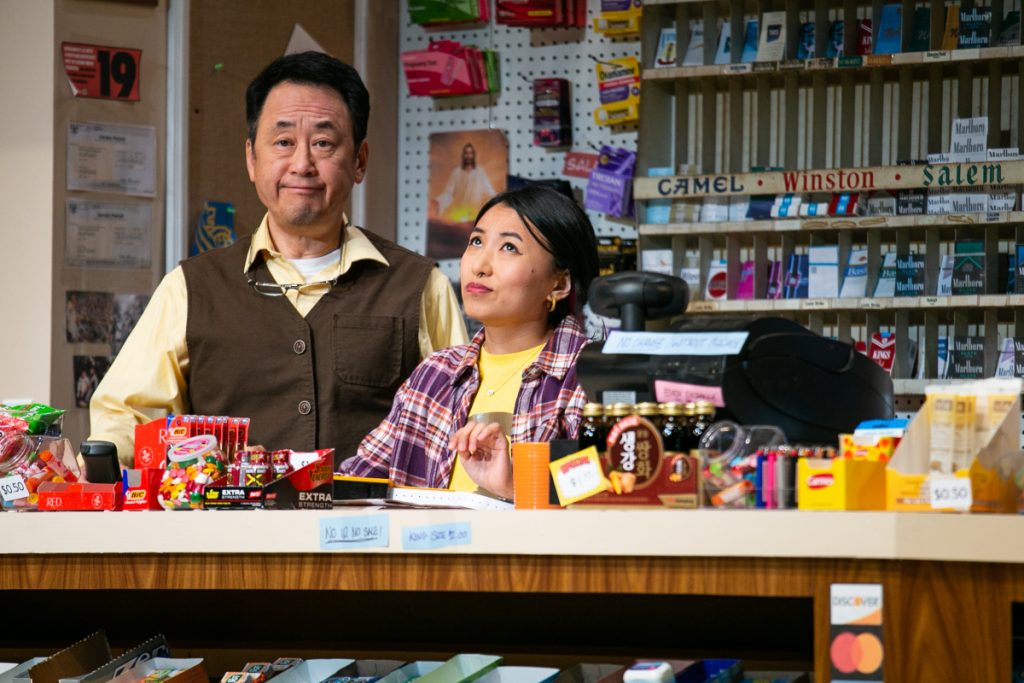 “Ins Choi, the playwright, when he wrote Kim's convenience, he said it was a love letter to his parents … To see someone be able to put his parents generation in such a light where they can feel seen and heard and loved and appreciated, I thought that was such a beautiful thing to do,” Yi said.

Wear added that these characters who are grappling with histories of trauma also embody playfulness and joy and are “taking up space audaciously on stage.”

While Wear had no specific things she wanted the audience to walk away with, she believed every person could find themselves in Kim’s Conveneice. She hoped the local Korean folks felt seen and acknowledged.

As for Yi, he also wanted the immigrant people and small business owners who are struggling to get by to see themselves in Appa and hopefully, want to get better.

“You know, I think Kim's just has this way of wanting people to become better when they leave. So, I hope that it does that because I think we need good messages out there,” Yi said.