The Georgia Legislative Asian American Pacific Islander Caucus is bipartisan, made up of AAPI members of the Georgia Senate and House, and consist of 11 voting members for the 2023 legislative session.

The Georgia Legislative Asian American Pacific Islander Caucus is bipartisan, made up of AAPI members of the Georgia Senate and House, and consist of 11 voting members for the 2023 legislative session.

The goals of the new caucus are to increase AAPI representation at all levels of government, and to ensure that the concerns and issues important to AAPI multicultural, multilingual communities will have a strong voice at the state Capitol.

“The goals of forming a caucus is in-fact not about the individuals. it’s about the communities we serve and the issues we want to advance. and bringing perspectives to the table that don’t always get heard in spaces like this,” said Rep. Michelle Au HD-50.

“I look forward to serving in the largest AAPI legislative caucus in the nation. My colleagues and I will continue to do all we can to ensure our AAPI communities have a seat at the table and a government that serves their best interest,” said Sam Park, HD-101, first AAPI Minority Whip leader elected to the Georgia Assembly.

Rep. Long Tran, HD-80 also stated the Caucus plans to expand the in-state tuition rates at public universities in Georgia to children of undocumented immigrants. Existing state law require undocumented students to pay out of state tuition fees. Tran said this effort will increase college enrollment and provide a pathway to higher-paying jobs for these students.

One of the Caucus legislative goal is to focus on legislation to help small businesses, and plans to collaborate with other minority caucuses. Rep. Sam Park also emphasized the opportunity for AAPI small business to receive equitable access to the State's contracts.

Rep. Au stressed the importance of minority communities to collaborate and work together across different culture to achieve common prosperity goal. 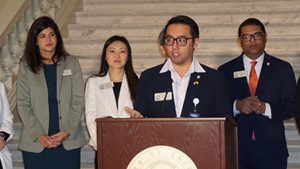 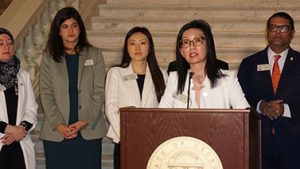 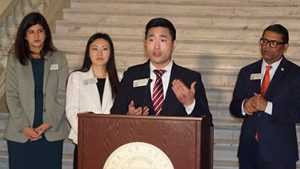 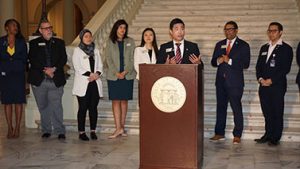 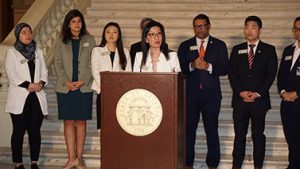 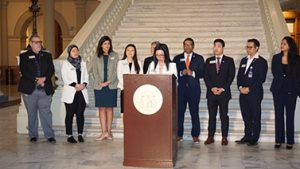 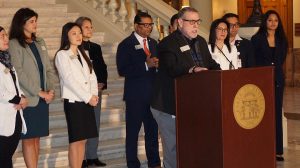