Art meets spirituality in a timepiece inspired by Japanese culture

An aesthetic tribute to Japanese culture, the RM 47 Tourbillon is the fruit of intense reflection and nearly four years of design work.

Richard Mille and two-time Formula 1 world champion Fernando Alonso, a passionate enthusiast of Japanese traditional arts, came up with an idea for a Samurai-inspired masterpiece during a friendly conversation.

An aesthetic tribute to Japanese culture, the RM 47 Tourbillon is the fruit of intense reflection and nearly four years of design work.

This is an artful watch of a new kind, incorporating an extremely compact calibre, specifically designed to make room for a stylized Samurai suit of armor completely crafted by hand.
Entirely hand-carved by the engraver Pierre-Alain Lozeron and painted by his wife Valerie Lozeron, the Samurai armor illustrates the different aspects of ancestral Japanese culture.

Evoking the spirit of bushido, the Samurai code of ethics whose values still prevail in Japanese society, the armor comes to life in 3N yellow gold, recalling the gold leaf used in ancient Japan to embellish the country’s finest shrines and also certain works of traditional craftsmanship.

The Asano clan, a family that symbolizes the bushido spirit, is referenced in many details. The chief of the family domain in the 18th century, Asano Naganori, was also the lord of the 47 ronin who avenged his death before following him into the afterworld. 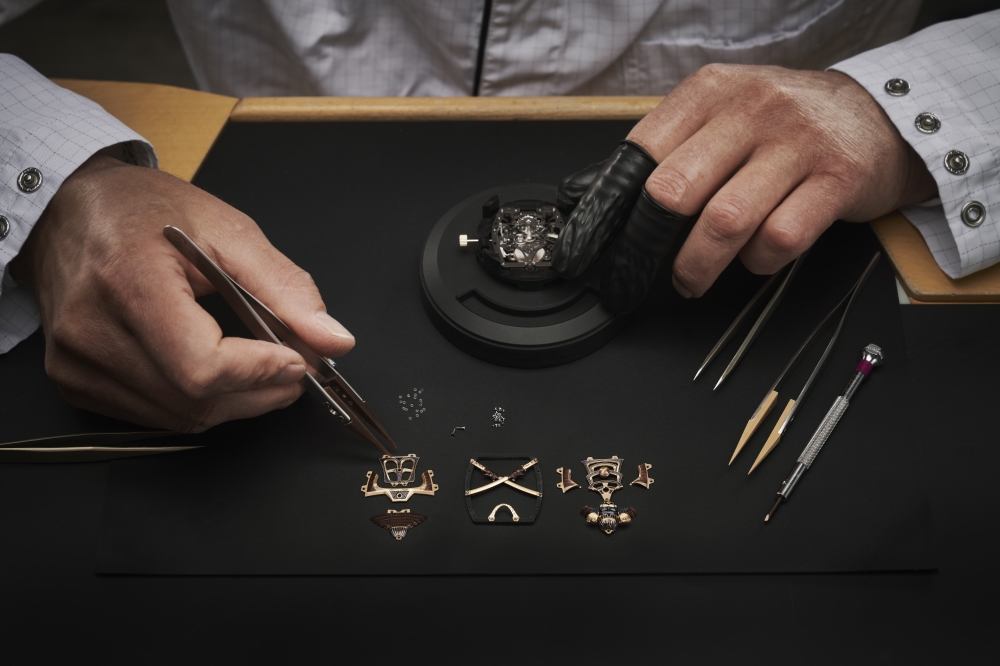 Representing two crossed falcon feathers, expressing strength in war and the authority of the suzerain, this emblem is also very finely engraved on the warriors’ helmet winglets.

The crown, crafted in titanium, Carbon TPT and polished 3N yellow gold, bears the motif of a Japanese maple leaf, a symbol of the seasons as well as of grace, beauty and the brevity of life.

At the bottom, the two swords, sheathed in their scabbards, point the cutting edges of their blades upwards to be drawn rapidly in the event of danger.

In total, this decoration takes no less than 16 hours of engraving and nine hours of painting – in all, more than a whole day – to obtain the 11 components that make up the Samurai, perfectly integrated around the movement of the RM 47 Tourbillon. 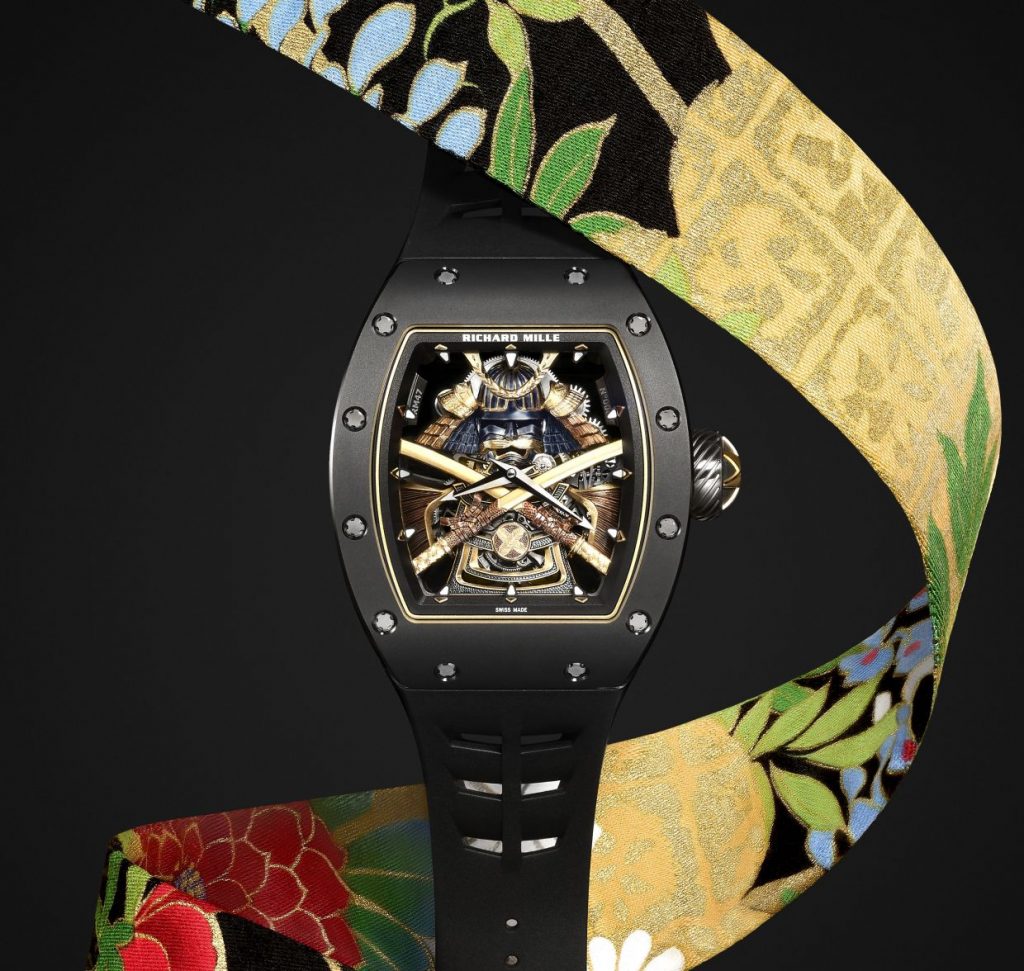 To ensure optimal functioning of the movement, the baseplate and skeletonized bridges are made of grade 5 titanium, a biocompatible alloy often used in the aerospace industry, with a black PVD treatment. This combination offers high corrosion-resistance, remarkable rigidity and perfectly flat surfaces.

The watch’s movement, case and decoration all bear witness to a design approach intended to guarantee the harmonious and effective integration of all the various elements. The barrel-shaped case comprises three parts with a caseband in 3N yellow gold receiving a bezel and a caseback in black TZP ceramic.

The RM 47 Tourbillon, limited to 75 pieces, evokes the spirituality and values of the bushido, while embodying a determined quest for perfection and respect for tradition.

Biden to meet Fed chair as inflation bites US pocketbooks

Biden to meet Fed chair as inflation bites US pocketbooks