Shenzhen, October 29, 2018 – More than 70 percent of U.S. firms operating in southern China are considering delaying further investment there and moving some or all of their manufacturing to other countries as the trade war bites into profits, a business survey showed on Monday. 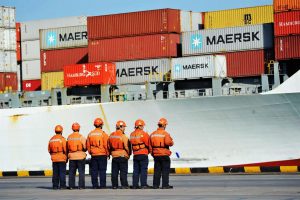 U.S. companies operating in China believe they are suffering more from the trade dispute than firms from other countries, according to the poll by the American Chamber of Commerce in South China, which surveyed 219 companies, one-third from the manufacturing sector.

Sixty-four percent of the companies said they were considering relocating production lines to outside of China, but only 1 percent said they had any plans to establish manufacturing bases in North America.

“While more than 70 pct of the U.S. companies are considering delaying or cancelling investment in China, and relocation of some or all manufacturing out of China, only half of their Chinese counterparts share the same consideration,” the AmCham report said.

The trade war is shifting both supply chains and industrial clusters, mostly towards Southeast Asia, the survey found.

Customers are slowing down orders or not placing them at all, Harley Seyedin, president of AmCham South China, told Reuters.

“One of the most difficult things about market share is once you lose it, it is very hard to get back.”

Companies in the wholesale and retail sectors have suffered the most from U.S. tariffs, while agriculture-related businesses have been most hit by Chinese measures, the survey found.

The survey was conducted between Sept. 21 and Oct. 10, shortly after the U.S. imposed tariffs on another $200 billion worth of Chinese goods. That prompted Beijing to retaliate with additional tariffs on $60 billion of U.S. products, escalating a tariff war between the world’s two largest economies.

The U.S. duties are set to rise sharply on Jan. 1.

Both Washington and Beijing appear to be digging in for a long battle, though U.S. officials say President Donald Trump would go through with plans to meet Chinese President Xi Jinping at the G20 summit next month if it looked like the discussions would be positive.

Nearly 80 percent of the survey respondents said the tariffs have knocked their businesses, with U.S. tariffs having slightly more impact than the Chinese ones.

Around 85 percent of U.S. companies said they have suffered from the combined tariffs, compared with around 70 percent of their Chinese counterparts. Companies from other countries also reported similar impacts as their American counterparts.

The top concern of companies surveyed was the rising cost of goods sold, which resulted in reduced profits. Other concerns included difficulties managing procurement and reduced sales.

One-third of companies estimated the trade dispute had reduced business volumes ranging from $1 million to $50 million, while nearly one in 10 manufacturers reported high-volume business losses of $250 million or more.

Nearly half the companies surveyed also said there had been an increase in non-tariff barriers, including increased bureaucratic oversight and slower customs clearance. Analysts have warned of such a risk to U.S. firms as China is increasingly unable to match U.S. measures on a dollar for dollar basis.

The survey’s findings add to evidence that export-reliant Chinese cities and provinces are facing growing strains. Guangdong, China’s biggest province by gross domestic product, reported a drop in exports in the first eight months from a year earlier. – Reuters