Washington DC, Jan 17, 2018 — US authorities said yesterday they had arrested a former CIA agent, Hong Kong resident Jerry Chun Shing Lee, after discovering he had an unauthorized notebook that had the identities of undercover US spies. 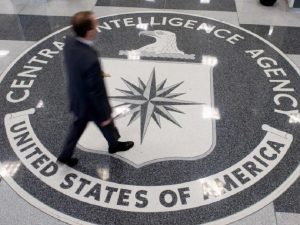 Lee, a naturalized US citizen also known as Zhen Cheng Li, was arrested late Monday after he arrived at JFK International Airport in New York.

The Department of Justice said Lee, 53, grew up in the United States and served in the US Army before joining the Central Intelligence Agency as a case officer in 1994.

He served in unnamed overseas locations and left the agency in 2007, later apparently taking a job in Hong Kong.

In a complaint filed in a New York federal court, the Justice Department said that in 2012, FBI agents with court-ordered warrants secretly searched Lee’s luggage while he was traveling in the United States and found he was carrying top secret materials he was not authorized to have.

Lee was charged with unlawful retention of national defense information, a charge that can bring up to 10 years in prison.

Officials did not say why it took so long to bring charges against Lee, or whether he had leaked any materials to foreign countries.

But the case takes place amid concern in the US intelligence community that the Chinese government has been able to cripple their operations in that country.

The New York Times reported last year that starting in 2010, to the end of 2012, the Chinese killed “at least a dozen” sources the CIA had inside China and imprisoned six or more others.

A hunt for a “mole” in the agency led to one person, a “former operative” now living elsewhere in Asia, the Times said.

But there was not enough information to arrest him.

But others in the agency blamed sloppy work and not a mole, the Times added.