Duluth, January 10, 2018 — A Georgia State University student whose body was found at a Georgia Place Mall had been dead for about two weeks, according to Gwinnett Police. 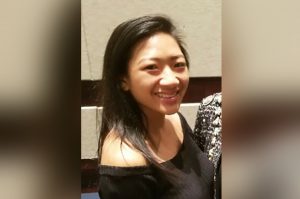 Silling A. Man, a Georgia State University sophomore, was discovered Dec. 21 in a vacant Subway restaurant at Gwinnett Place Mall in Duluth, the Atlanta Journal-Constitution reported.

The cause of her death was not released, but officials noted that her body was in an “advance state of decomposition,” according to the Gwinnett Daily Post.

No missing persons report was filed over her second disappearance.

Police said Man was last seen Nov. 20 when she picked up a paycheck at Perimeter Mall where she worked.


Warning: unlink(/tmp/jnewsfirstload-jVDBNI.tmp): No such file or directory in /home/customer/www/gasiantimes.com/public_html/wp-admin/includes/class-wp-filesystem-ftpext.php on line 142