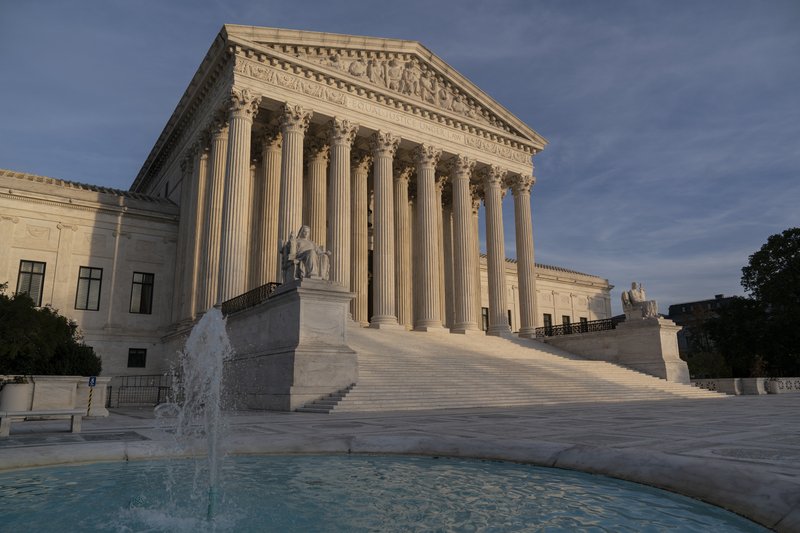 Washington DC, March 2, 2021 – U.S. Supreme Court justices on Tuesday will consider whether to uphold two Republican-backed voting restrictions in Arizona in a case that could further weaken the Voting Rights Act, a landmark 1965 federal law that barred racial discrimination in voting.

The important voting rights case comes before the justices at a time when Republicans in numerous states are pursuing new restrictions after former President Donald Trump made false claims of widespread fraud in the Nov. 3 election that he lost to Democratic President Joe Biden.

The justices will hear arguments in appeals by Arizona's Republican Attorney General Mark Brnovich and the state Republican Party of a lower court ruling that found that the voting restrictions at issue disproportionately burdened Black, Hispanic and Native American voters.

One of the measures made it a crime to provide another person's completed early ballot to election officials, with the exception of family members or caregivers. The other disqualified ballots cast in-person at a precinct other than the one to which a voter has been assigned.

Community activists sometimes engage in ballot collection to facilitate voting and increase voter turnout. The practice, which critics call “ballot harvesting,” is legal in most states, with varying limitations. Voting rights advocates said voters sometimes inadvertently cast ballots at the wrong precinct, with the assigned polling place sometimes not the one closest to a voter's home.

A broad ruling by high court, whose 6-3 conservative majority includes three justices appointed by Trump, endorsing the restrictions could impair the Voting Rights Act by making it harder to prove violations. Such a ruling could impact the 2022 mid-term elections in which Republicans are trying to regain control of the U.S. House of Representatives and Senate.

A ruling is due by the end of June.

At issue in the Arizona case is the Voting Rights Act's Section 2, which bans any rule that results in voting discrimination “on account of race or color.” This provision has been the main tool used to show that voting curbs discriminate against minorities since the court in 2013 gutted another section of the statute that determined which states with a history of racial discrimination needed federal approval to change voting laws.

The Democratic National Committee and the Arizona Democratic Party sued to try to overturn the restrictions. The San Francisco-based 9th U.S. Circuit Court of Appeals last year found Arizona's restrictions violated the Voting Rights Act, though they remained in effect for the Nov. 3 election.

The 9th Circuit also found that “false, race-based claims of ballot collection fraud” were used to convince Arizona legislators to enact that restriction with discriminatory intent, violating the U.S. Constitution's prohibition on denying voting rights based on race.

Republicans have argued that new voting restrictions are needed to combat fraud. Numerous courts rejected claims of voting fraud made in lawsuits by Trump and his allies seeking to overturn his loss to Biden. – Reuters