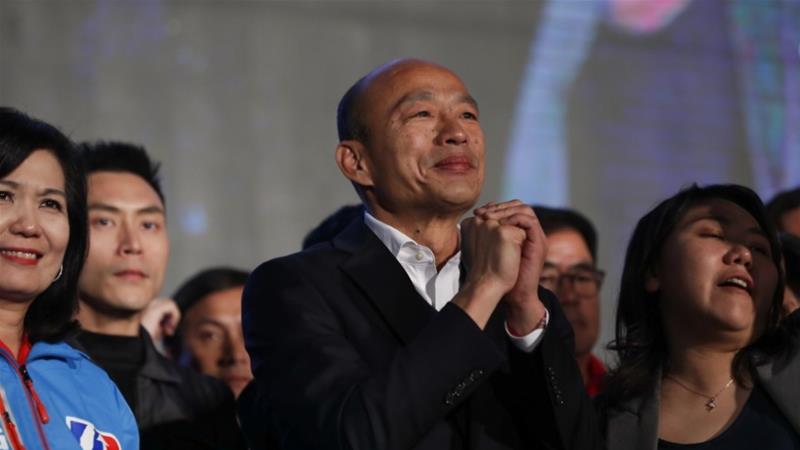 Taipei, June 9, 2020 – A high-profile, China-friendly Taiwan mayor who lost a recall election last week said on Tuesday he would not contest the vote in the courts, smoothing the way for an election for his replacement.

Han Kuo-yu from the main opposition party the Kuomintang, or KMT, lost Saturday’s recall vote by a huge margin, though he had called on his supporters to boycott it. Han was the party’s presidential candidate in January, and also lost by a wide margin.

“I respect the will of the people, and will not lodge a lawsuit,” Han said in a statement.

If he had contested the vote it would have delayed the election of his replacement, which should now happen within the next three months.

Han, who was criticized for taking time off to run for president and neglecting Kaohsiung, cannot stand, having lost the recall.

Opponents portray Han and the KMT as doing China’s bidding by supporting Beijing’s “one country, two systems” model to get Taiwan to accept Chinese sovereignty. The KMT says it has never supported this.

Han last year visited China and met its top Taiwan-policy maker and met in Hong Kong with its leader Carrie Lam before the Chinese-ruled city was engulfed in anti-China protests. He has said of those trips that he was simply trying to drum up investment for Taiwan.

The KMT is in the midst of an overhaul having lost January’s elections, especially on how to rethink its unpopular policy of seeking closer ties with China, which claims Taiwan as its own and has never renounced the use of force to win control.

The KMT also has to decide who to stand in the Kaohsiung mayoral election, though it has rebuffed speculation its youthful new chairman Johnny Chiang might contest the seat.

Kaohsiung, Taiwan’s third-largest city and a major international port, is traditionally a stronghold for the ruling Democratic Progressive Party. – Reuters