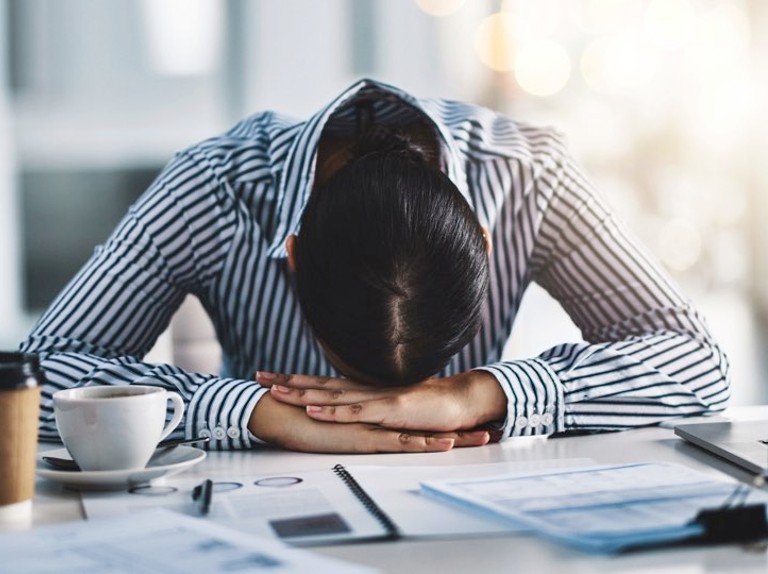 Los Angeles, Jan 15, 2020 — New US research has found that individuals suffering from vital exhaustion, more commonly known as burnout, may have an increased risk of the heart condition atrial fibrillation (AF).

Carried out by researchers from the University of Southern California, the new large-scale study looked at more than 11,000 individuals who were surveyed on their symptoms of burnout, including vital exhaustion, anger, antidepressant use and poor social support.

The participants were then followed for nearly 25 years to see who developed atrial fibrillation.

“Vital exhaustion, commonly referred to as burnout syndrome, is typically caused by prolonged and profound stress at work or home,” explained study author Dr Parveen K. Garg. “It differs from depression, which is characterized by low mood, guilt, and poor self-esteem. The results of our study further establish the harm that can be caused in people who suffer from exhaustion that goes unchecked.”

AF, also known as a heart flutter, is the most common heart rhythm disorder. The likelihood of developing the condition increases with age, and more than half of AF patients are aged 80 or older, although it is still not fully understood what causes it. Symptoms include chest pain, ‘racing’ or unusual heartbeat palpitations, weakness, fatigue, lightheadedness, dizziness and shortness of breath, and the condition increases the risk of stroke, other medical problems and death.

The researchers say more research is needed to investigate why burnout could contribute to a risk of AF, but Dr Garg did have one suggestion: “Vital exhaustion is associated with increased inflammation and heightened activation of the body’s physiologic stress response. When these two things are chronically triggered that can have serious and damaging effects on the heart tissue, which could then eventually lead to the development of this arrhythmia,” he explained.

“It is already known that exhaustion increases one’s risk for cardiovascular disease, including heart attack and stroke,” said Dr Garg. “We now report that it may also increase one’s risk for developing atrial fibrillation, a potentially serious cardiac arrhythmia. The importance of avoiding exhaustion through careful attention to — and management of — personal stress levels as a way to help preserve overall cardiovascular health cannot be overstated.” – Reuters