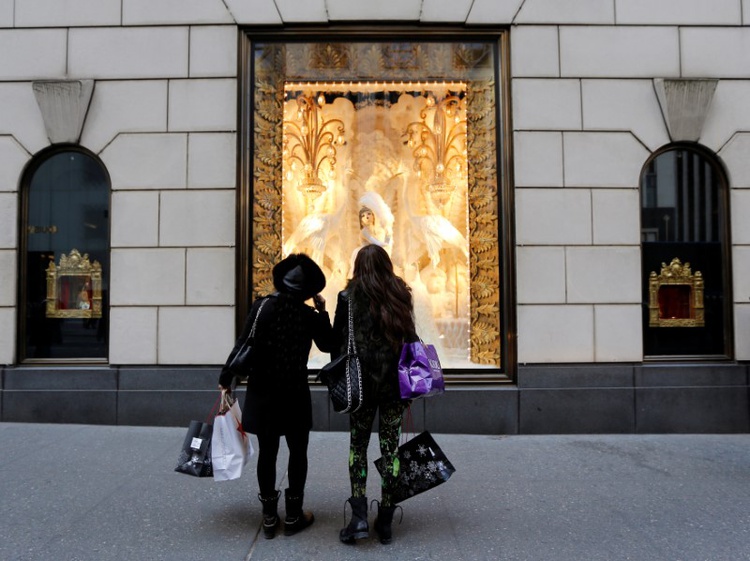 Washington DC, November 27, 2019 – U.S. economic growth picked up slightly in the third quarter, rather than slowing as initially reported, and there are signs the downturn in business investment could be drawing to a close.

The economy’s prospects were further brightened by other data on Wednesday showing the number of Americans filing claims for unemployment benefits dropped last week after being stuck at a five-month high for two straight weeks.

The reports were released in the wake of data showing an acceleration in housing market activity early in the fourth quarter and a sharp decline in the goods trade deficit, as well as a solid pace of inventory accumulation by retailers.

The improvement in the economic data further diminished the risks of recession in the near term. The Federal Reserve last month cut interest rates for the third time this year and signaled a pause in the easing cycle that started in July when it reduced borrowing costs for the first time since 2008.

Gross domestic product increased at a 2.1% annualized rate, the Commerce Department said in its second estimate of third-quarter GDP. That was up from the 1.9% pace estimated last month. The economy grew at a 2.0% pace in the April-June period.

Economists polled by Reuters had forecast third-quarter GDP growth would be unrevised at 1.9%.

The upward revision to GDP reflected more inventory accumulation than initially thought, as well as a less steep pace of contraction in business investment. Inventories increased at a $79.8 billion pace instead of the $69.0 billion rate reported last month.

When measured from the income side, the economy grew at a 2.4% rate in the last quarter. Gross domestic income (GDI) increased at a rate of 0.9% in the second quarter. The income side of the growth ledger accelerated despite a drop in profits.

Second-quarter GDI growth was revised down by 0.9 percentage point, with growth in wages and sales during that period slashed by $46.7 billion to $62.1 billion.

After-tax profits without inventory valuation and capital consumption adjustment, which corresponds to S&P 500 profits, decreased $11.3 billion, or at a rate of 0.6%, as they were held down by legal settlements with Facebook and Google. Profits increased at a 3.3% rate in the second quarter.

The average of GDP and GDI, also referred to as gross domestic output and considered a better measure of economic activity, increased at a 2.3% rate in the July-September period, quickening from a 1.4% growth pace in the second quarter.

U.S. stock index futures briefly extended gains and U.S. 10-year Treasury yields rose after the release of the data. The dollar strengthened against a basket of currencies.

Growth has slowed from the 3.1% rate notched in the first three months of the year. The slowdown is largely blamed on the Trump administration’s trade war with China, which has eroded business confidence, contributing to the second straight quarterly decline in business investment.

The fading stimulus from last year’s $1.5 trillion tax cut package is also sapping momentum from the expansion, now in its 11th year. But there are some hopeful signs for business investment.

Business investment dropped at a 2.7% rate in the third quarter, rather than contracting at a 3.0% pace as previously reported. The declines in spending on nonresidential structures such as mining exploration, shafts and wells, were not as steep as previously estimated.

A third report from the Labor Department showed initial claims for state unemployment benefits declined 15,000 to a seasonally adjusted 213,000 for the week ended Nov. 23. Claims had been stuck at a five-month high over the previous two weeks, pointing to some easing in the labor market.

Still, the labor market remains on solid footing, helping to underpin consumer spending. Growth in consumer spending, which accounts for more than two-thirds of U.S. economic activity, was unrevised at a 2.9% rate in the third quarter. – Reuters