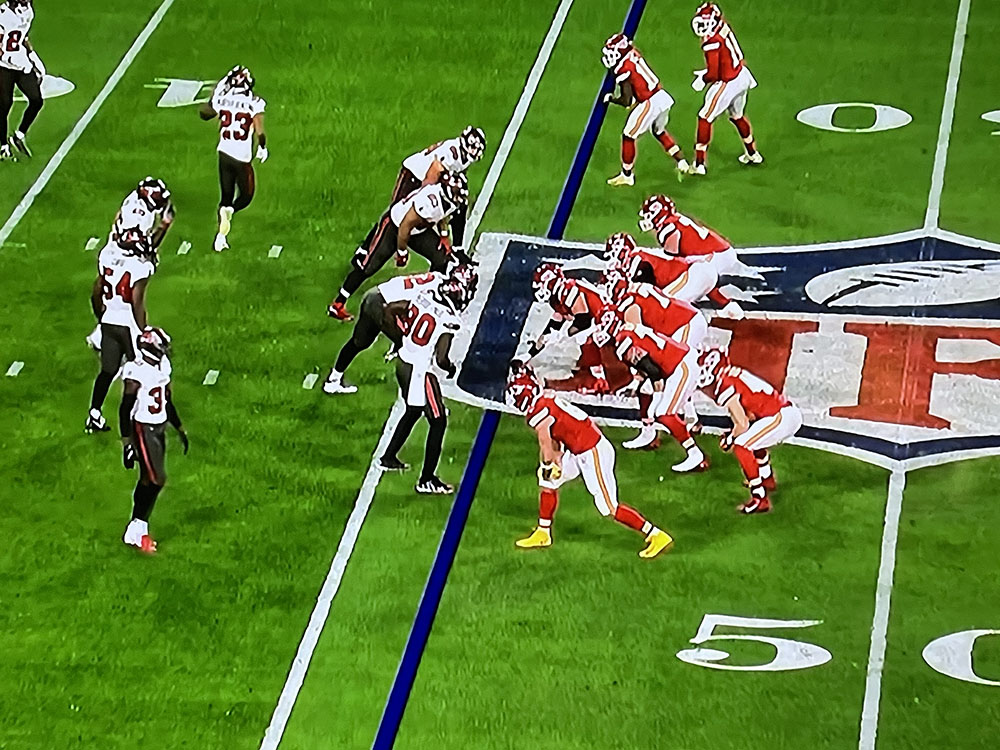 Brady’s age-defying performance, which earned him the Most Valuable Player award, brought the curtain down on what was perhaps the most challenging season the NFL has had to navigate because of the COVID-19 pandemic.

While the pandemic reined in America’s biggest sporting party, the show went on as scheduled and once again Brady, who joined the Bucs last March after 20 seasons with the New England Patriots, rose to the occasion in his 10th Super Bowl.

“My father had an expression,” Bucs co-owner Joel Glazer said while he accepted the Vince Lombardi Trophy as confetti showered the on-field stage. “If you want to know the road ahead, ask the person who’s been there. Well we found that person … Tom Brady.”

The NFL’s championship game had been hyped as a battle between Brady, widely recognized as the greatest quarterback of all-time, and 25-year-old Chiefs counterpart Patrick Mahomes, considered the best in the game today.

But in the end it was no contest as the Bucs’ rampaging defense harassed Mahomes, who threw a pair of interceptions, the entire night to bring the Chiefs’ Super Bowl title defense to a jarring end.

“I’m not making any comparisons,” Brady said when asked if this Super Bowl win was the sweetest. “Being down here and experiencing this with this group of guys, every year is amazing.

“This team is world champions forever, you can’t take it away from us … We’re coming back.”

The only team to play a Super Bowl on their home field, the Buccaneers made the most of the opportunity as they were crowned champions for the first time since January 2003.

Brady got the Bucs off to fast start as he found former Patriots teammate Rob Gronkowski, who came out of retirement to join the Bucs this season, for a pair of touchdown strikes to build a 14-3 lead.

He then made the Chiefs pay dearly for some undisciplined penalties that set up a one-yard scoring pass to Antonio Brown with six seconds left in the half to build a 21-6 cushion.

Meanwhile, Mahomes and the Chiefs’ explosive attack could not get in gear with first-half scoring limited to a pair of Harrison Butker field goals.

The Chiefs struck first in the second half as Butker booted another field goal but the Buccaneers hit back with a Leonard Fournette 27-yard touchdown run and a Ryan Succop field goal to cruise into the fourth quarter with a 31-9 lead.

“Obviously I didn’t play the way I wanted to play,” said Mahomes. “What else can you say? All you can do is leave everything you have on the field and I feel like the guys did that.

“They were the better team today. They beat us pretty good. The worst I think I’ve been beaten in a long time.”

The game unfolded amid dire warnings from public health officials for fans inside the stadium and across the country to observe basic health and safety precautions, on what is widely considered an unofficial holiday for millions of Americans.

Buccaneers fans dressed as pirates shuffled in between stadium staff who reminded all to stand six feet (1.8m) apart and keep their faces covered.

While fans largely observed mandates to keep masks on while inside the stadium, social distancing deteriorated as kickoff neared, with clusters of attendees building up in various parts of the stadium, including concession stands and souvenir shops.

Justin Hagel, 35, a registered nurse and one of the vaccinated healthcare workers who snagged a free ticket to the game, said at halftime he felt the crowds were observing the rules “for the most part.”

“Most people have masks on, I’m not that worried about it,” said Hagel, who works in nearby Brandon, Florida. “We’re outdoors, you’re not too close to the guy next to you. Feeling good.” – Reuters