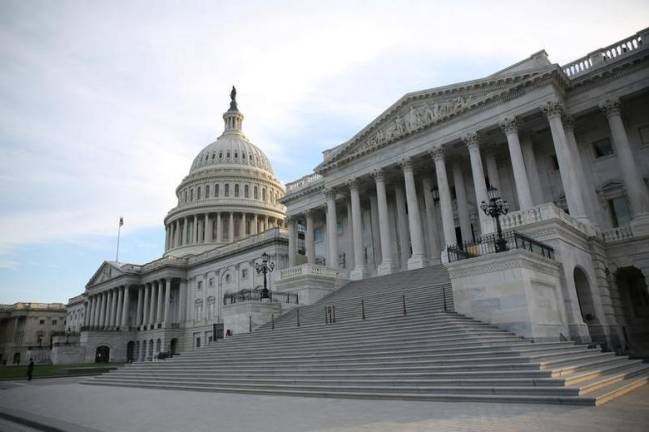 “We are getting closer and closer,” Republican Senate Majority Leader Mitch McConnell told reporters “I am optimistic that we are going to be able to complete an understanding sometime soon.”

They left without announcing a deal. But McCarthy said: “I think we’re moving in the right direction. I think there’s a possibility of getting it done. So we’re finalizing out to see if it’s possible. Let us keep working.”

Each gathering of the four leaders lasted about an hour. Treasury Secretary Steven Mnuchin joined the group by phone.

McConnell had told reporters earlier he hoped a fresh package of coronavirus relief could be attached to the government funding measure. The latter must pass by midnight Friday or government operations would start shutting down.

McConnell also reiterated his view earlier on Tuesday that the best way to get a deal on a fresh COVID-19 aid plan was to drop the most contentious items – liability protections for business, preferred by Republicans, and aid to state and local governments, sought by Democrats.

Pelosi spoke to Mnuchin by phone for over an hour earlier on Tuesday. They have been frequent negotiating partners in efforts in recent months to reach a consensus on a new package of coronavirus relief.

Back in the spring, Congress approved $3 trillion in coronavirus aid, but lawmakers have argued since then about whether more is needed. The pandemic has worsened, killing over 300,000 Americans and leaving millions unemployed.

Leading lawmakers this week have been hammering out the government spending measure, a $1.4 trillion bill for the fiscal year that began on Oct. 1. A source said on Tuesday that the task was basically done, but lawmakers from both parties were still seeking to strike a consensus on coronavirus relief in hopes of attaching it to the spending bill.

‘HAVE TO COME TO AGREEMENT’

Pelosi told reporters before the first meeting that “we’ll have to come to agreement. And we hope that that will happen in a way that keeps government open.”

A bipartisan group of lawmakers from the House and Senate unveiled a COVID-19 aid package this week of $908 billion in two parts.

One was a $748 billion proposal, including aid to small businesses, the unemployed and vaccine distribution. The other includes the two main sticking points on Capitol Hill that McConnell cited: the liability protections for businesses and other organizations, and $160 billion for state and local governments.

Democratic President-elect Joe Biden has urged Congress to act quickly on coronavirus aid before he takes office on Jan. 20. Even if it does, his new administration likely will seek another round of aid next year. – Reuters