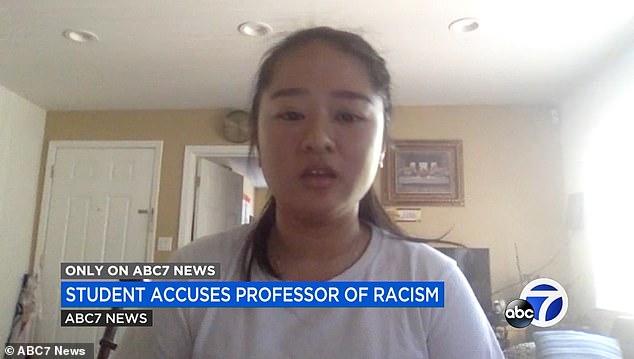 Oakland, June 21, 2020 – A community college professor in Oakland, California, is on administrative leave after asking a Vietnamese American student to “Anglicize” her name because he felt it sounded “offensive” in English.

In a Wednesday (June 17) night e-mail exchange that was quickly shared to tens of thousands on social media, Prof Matthew Hubbard at the Laney College mathematics department repeatedly asked the student, Ms Phuc Bui Diem Nguyen, to “Anglicize” her name because it “sounds like an insult in English”.

In response, Ms Nguyen told the professor that his request “feels discriminatory” and that she would file a complaint with the school's Title IX office if he could not call her by her given name.

“I understand you are offended, but you need to understand your name is an offensive sound in my language,” Prof Hubbard replied. “I repeat my request.”

Dr Tammeil Gilkerson, president of Laney College, addressed the situation in a statement on Thursday, calling the incident “disturbing”. Without naming the professor, she said the faculty member involved had been placed on administrative leave pending an investigation.

“While our mission has been bold and unrelenting, we also recognize that our college and its community is a reflection of broader society, and we must actively fight ignorance with education,” she said. “We do not tolerate racism, discrimination or oppression of any kind.”

Laney College has an enrollment of more than 16,000 students, about 29 per cent of whom are Asian.

In an interview Friday with KGO-TV, Ms Nguyen, a freshman, said she used to go by a nickname, May. But after years of using the nickname, she wanted to begin using her legal name, which means “happiness blessing”, she said. She received Hubbard's initial e-mail during her first week of classes.

She told the station in a Zoom interview that she was unfamiliar with the word “Anglicize”.

“I never heard that before,” she said. “At that moment I was surprised, so I Googled the meaning; I didn't know what it meant, so I called my best friend to ask him, ‘What does that mean?'”

Ms Nguyen could not immediately be reached for comment on Saturday.

Prof Hubbard said Ms Nguyen was in his online trigonometry class, which had about 30 students.

Prof Hubbard, who has taught at the college for 15 years, said in a phone interview on Saturday that there were two people in his class with the surname Nguyen. He said he sent his initial e-mail on Wednesday night partly to prevent confusion with the other student and partly because he was uncomfortable using Ms Nguyen's name.

Seeing that another student had changed his online name inspired Prof Hubbard to ask Ms Nguyen if she would do the same. Eventually, he asked all of his students to change their Zoom names for Thursday's class to their last name and their first initial, he said.

“The first e-mail was a mistake, and I made it thinking about another student willing to Anglicize,” Prof Hubbard said. “But it's a big difference with someone doing it voluntarily and asking someone to do it. The second e-mail is very offensive, and if I had waited eight hours, I would've written something very different.”

The Peralta Federation of Teachers, the union that represents Laney College faculty members, said on Saturday that it was hoping to institute diversity and equity training by the fall but that plans were still in the early stages.

“I am shocked and appalled by the racist comments we are seeing online from a Laney faculty member to a student,” Dr Jennifer Shanoski, the union's president, said in a statement. “In no way are these comments or assertions acceptable in our diverse, welcoming, educational environment.”

Mr John Yang, president and executive director of Advancing Justice – AAJC, a nonprofit organization that works to advance civil and human rights for Asian Americans, said he was “deeply offended” by the professor's actions.

“A person's name is core to their identity,” Yang said on Saturday, adding that he strongly objects to “the notion that unless you have an American- or English-sounding name, you are a foreigner, and that somehow you have to prove your worth in the United States”.

Mr Yang said that in the 1970s, Asians who immigrated to the United States felt the need to Anglicize their names or adopt an American name to fit into society. Nowadays, people feel more at liberty to choose names that they see fit for their family.

He added that the school should make it clear that behavior like Hubbard's was inappropriate and harmful.

The exchange between Hubbard and Nguyen was of a piece with larger currents in the country, she said.

“Ever since people from Asia have come to the United States as immigrants, as refugees, many Americans have viewed them as foreigners, as culturally too different to be true Americans,” Prof Wu added. “And those ideas have stayed in American culture and popular thinking.”

Mr Yang emphasized that it was important that people understand the harm that incidents like this can cause.

“Some people might think of this as some micro-aggression or something small, that students should just get over it,” he said. “But the reality is, students and adults of Asian descent have to go through this all their lives.” – New York Times