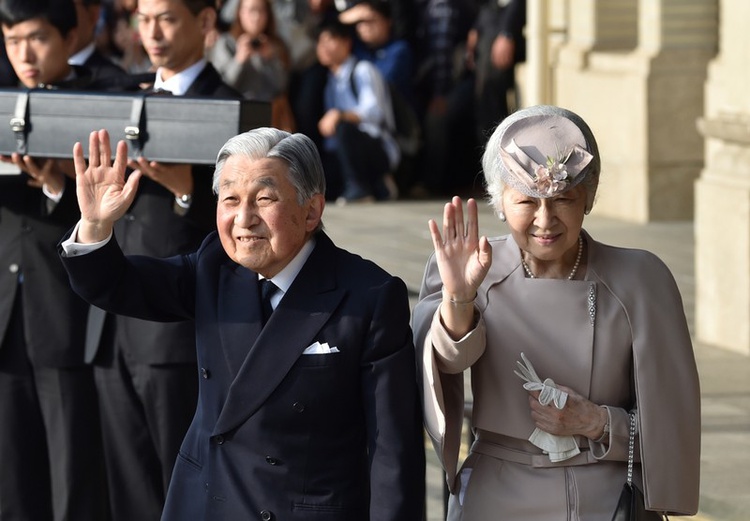 Tokyo, April 24, 2019 – Japanese Emperor Akihito’s abdication on April 30 will end the three-decade Heisei era that began on Jan. 8, 1989, one day after he inherited the throne upon the death of his father, Hirohito.

Below are key events and changes during his reign.

Japan’s “bubble economy” of soaring asset prices was in its final stages when Akihito ascended the throne. The Nikkei share average hit a record high of 38,957.44 on Dec. 29, 1989, but began to slide in 1990. Land prices followed.

The bursting of the bubble triggered financial failures, including the November 1997 collapse of “Big Four” brokerage Yamaichi Securities. It also ushered in what came to be known as the lost decades of economic stagnation.

Japan, which had been the world’s second-largest economy after the United States, was overtaken by China in 2010.

Prime Minister Shinzo Abe took office in December 2012 promising to revive the economy with an “Abenomics” recipe that included a hyper-easy monetary policy, ushering in expansion but leaving doubts about the sustainability of growth.

Demographers had forecast Japan’s population decline even before Akihito took the throne. That decline became a reality when the population hit a peak of about 128 million in 2010.

The population was 126.4 million in October and the decline would have been bigger without an increase in foreign residents.

Data released in April showed the percentage of those aged 65 and over was 28.1 percent; the working age population fell to just under 60 percent.

A historic labor shortage pushed Japan to enact a new visa system that took effect this month, allowing in more blue-collar workers despite concerns among conservatives about a threat to social stability.

A magnitude 7.3 earthquake hit central Japan on Jan. 15, 1995, devastating the western port of Kobe and killing more than 6,400 people.

Just over two months later, members of the Aum Shinrikyo cult carried out a sarin nerve agent attack on the Tokyo subway on March 20, 1995, killing 13 people, injuring at least 5,800 and shattering the country’s myth of public safety.

A magnitude 9.0 earthquake hit northeast Japan on March 11, 2011, triggering a tsunami that killed nearly 20,000 people and caused meltdowns at the Fukushima Daiichi nuclear plant. Many people are still in temporary housing.

In 1991, Japan, constrained by its pacifist post-war constitution, sent cash but no troops for the first Gulf War.

Stung by criticism of the move as “check-book diplomacy”, governments stretched the limits of the constitution, dispatching troops to Iraq on a reconstruction mission in 2004 and enacting legislation in 2015 that would allow its military to fight abroad for the first time since 1945.

Japan has increased military outlays under Abe to counter a Chinese military buildup, and now spends about what Britain does on defense.

Abe wants to revise the pacifist constitution to clarify the military’s ambiguous status, but the public remains divided.

Japan was bedeviled for much of the era by a string of “revolving door” prime ministers, including Noboru Takeshita, who quit in June 1989 over a shares-for-favors scandal.

The long-ruling conservative Liberal Democratic Party (LDP) was briefly ousted in 1993 but returned in an alliance with Socialists the next year.

In 2009, the LDP was toppled again by the Democratic Party of Japan, whose rocky rule under three premiers ended when Abe led the LDP back to power in 2012.

In the 1990s, Japanese pop culture – in the form of anime and manga – swept the wider world with “Dragon Ball Z” and “Pokemon” leading the way. By the end of the Heisei era, many manga were translated into multiple foreign languages.

Among the giants was director Hayao Miyazaki and his Studio Ghibli, whose “Spirited Away” won a 2003 Academy Award.

Foreign fans also joined their Japanese counterparts in “cosplay”, short for “costume play”, dressing up as their favorite anime characters.