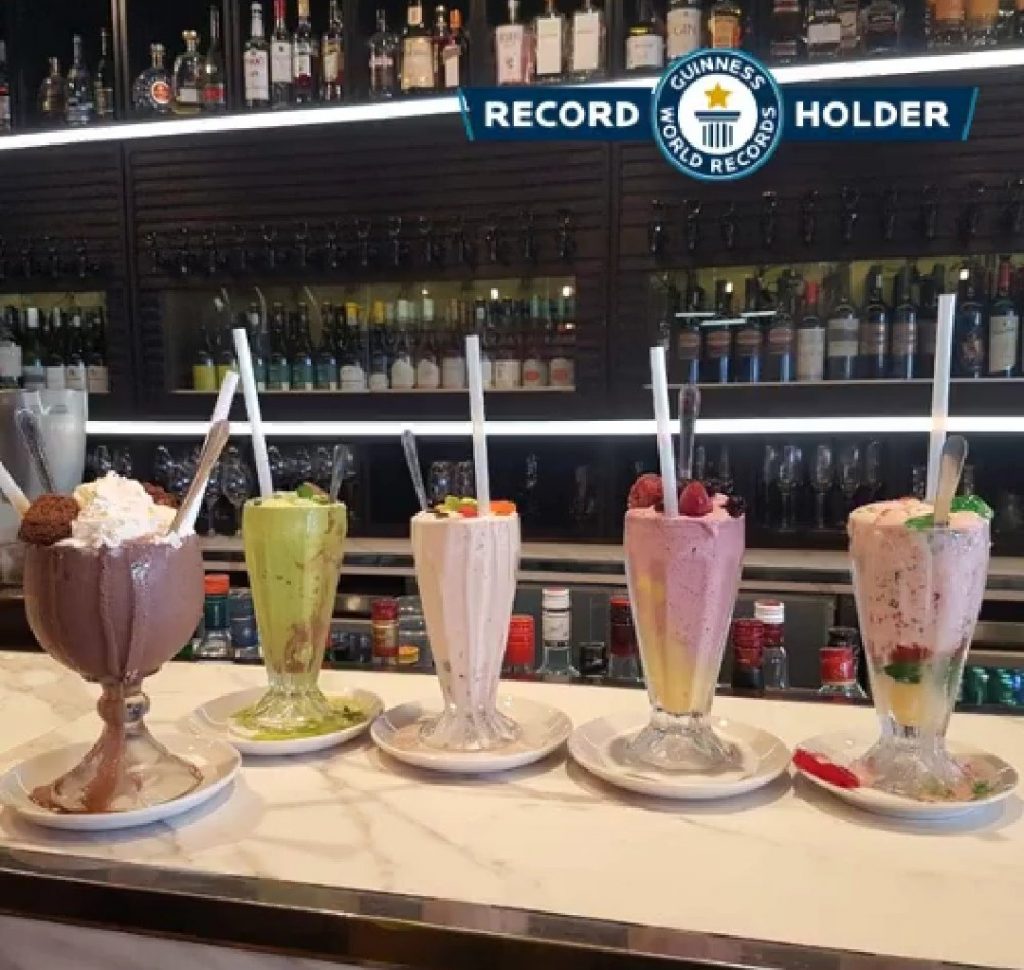 Cape Town, Mar 27, 2020 – Guinness World Records has named a South African restaurant as the official titleholder for ‘Most Varieties of Milkshakes Commercially Available’.

With a total 207 varieties on their menu, Gibson’s Gourmet Burgers and Ribs has a milkshake to satisfy every sugarholic.

Located in Cape Town’s bustling Victoria & Alfred Waterfront, Gibson’s offers a brain-freezing array of exotic combinations from nutella and mascarpone to Oreo cheesecake, while catering for more staid palates too.

“When we initially opened up the restaurant, we had about 40 milkshakes. Because they were so popular, it became 100, 150 then 200, then 207. So it happened over a period of five years,” said co-owner Ian Halfon.

“We’ve always sold a lot of milkshakes, and we’ve always come up with cutting-edge flavors,” he added.

Mainly served in a standard 330 millilitre glass reminiscent of the American soda shop era of the 1930s, the double-thick cold beverages are also garnished with a variety of toppings depending on the order.

First-time visitor Marcell Brown said he saw a Facebook advertisement about the Guinness world record and decided to have a look for himself.

“It exceeded my expectations so much, like I’m going to come here as soon as possible again to try out every single milkshake as far as I can, because it just looks amazing,” he said. – Reuters