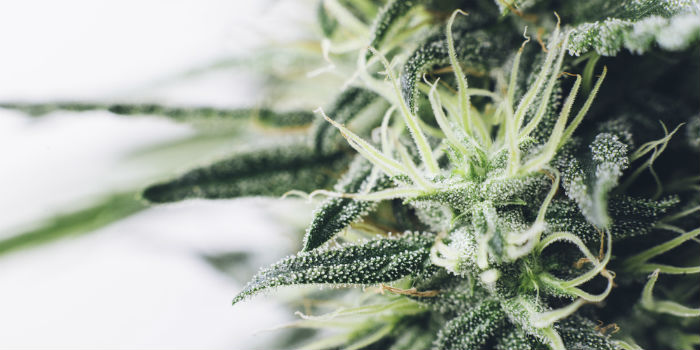 Denver, August 23, 2019 — As legal cannabis use becomes increasingly common in the U.S., most parents say they keep their pot out of children’s reach, but fewer keep it locked away, a study in Colorado suggests.

In annual surveys across the state, the proportion of households where parents and caregivers said they store cannabis at home rose to 11.2% in 2017, from 6.9% in 2014, when the state legalized marijuana, researchers found.

Among those with cannabis in the house at the time of the survey, 91% reported keeping it “out of reach,” but only 67% stored it in a locked location such as a cabinet or safe, the study team reports in the journal Injury Prevention.

“It looks like we could probably do a better job in even more secure storage to prevent unintentional ingestion and exposures,” said Dr. George Sam Wang, a pediatric emergency medicine specialist at Children’s Hospital Colorado in Aurora, who was not involved with the study.

The number of cases where a child accidentally ingests marijuana have been rising at his hospital, Wang told Reuters Health in a phone interview.

“Those really severe cases are few and far in between,” he said. “However we do see a more severe case where a child is pretty intoxicated and needs critical care every once or so a year.”

Accidental consumption of cannabis by children can lead to impaired balance, rapid heartbeat and even coma.

Ashley Brooks-Russell of the School of Public Health at the University of Colorado Anschutz Medical Campus in Aurora, who led the new study, and her colleagues analyzed responses from a representative sample of Colorado households contacted for an annual telephone population health survey.

From 2014 through 2017, 3,775 people said they had children in their household, agreed to answer additional questions for a child health survey and participated in all four years.

In this group, 8.6% reported keeping cannabis at home and 3.8% said cannabis was used inside the house in the past 30 days.

One of the study’s limitations is that only individuals who reported cannabis in their homes were asked about storage, which may underestimate the number of households where cannabis is present, the researchers note.

Having higher education levels was tied to being less likely to store cannabis in a locked container or somewhere kids would find hard to access.

Although most U.S. states where cannabis is legally sold require the packaging to meet federal guidelines for being child resistant, this packaging is not child proof, the study team points out.

“As children age, they become able to access more places in the home, including cabinets that were previously out of reach,” Brooks-Russel told Reuters Health by email.

“It becomes important to store marijuana in places that are truly inaccessible such as locked away,” she said, similar to how prescription medicine and firearms should be stored.

Few sources exist that can guide parents on how to safely store their cannabis, the researchers note. This lays most of the burden on cannabis retailers and on public health messaging to guide caregivers on how to prevent children from getting their hands on parents’ pot.

As more states legalize marijuana, research will have to look beyond the potential medical application of cannabis and consider the implications of legalization, said Chad Kinney, director of the Institute of Cannabis Research at Colorado State University Pueblo, who was not involved with the current study.

“These are the types of questions individual states will have to wrestle with in terms of the broader impact of cannabis legalization,” Kinney said. – Reuters