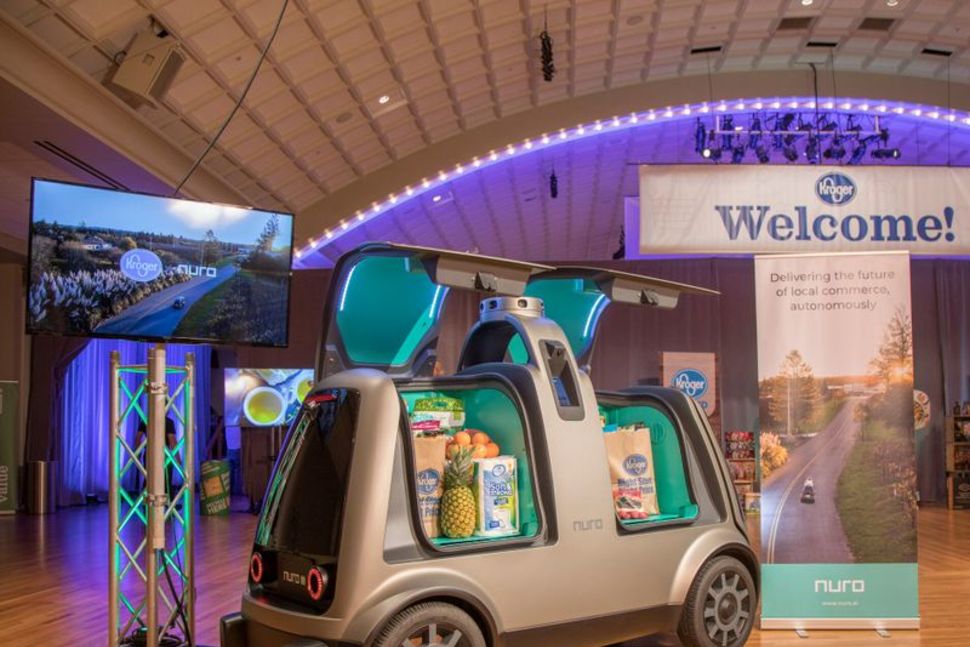 Detroit, Nov 9, 2020 – Self-driving delivery company Nuro, whose R2 unit has no pedals or steering wheel and only room for packages, said Monday it has raised $500 million as e-commerce gets a huge boost from the pandemic.

Nuro joins other self-driving firms that raised big money this year. Earlier this year Waymo, the self-driving unit of Alphabet Inc raised $3 billion, helping to boost the total raised in 2020 by autonomous car companies to $7.1 billion as of November 4, according to data firm PitchBook. While that slightly exceeds 2019’s total, it falls short of the record $9.4 billion raised in 2018. Also far fewer startups are getting funded.

Early last year Nuro raised $940 million from SoftBank and a source close to the company said the valuation doubled from that last funding round to $5 billion.

The funding will help Nuro expand its team but also scale up manufacturing, said Nuro co-founder Dave Ferguson. Its R2 vehicle is currently manufactured in Detroit with Roush Enterprises, but he declined to say how many were produced and on the road today.

The National Highway Traffic Safety Administration in February gave Nuro approval to deploy up to 5,000 R2 vehicles on public roads every year, said Ferguson. They currently drive around in Houston, Texas, Scottsdale, Arizona, and nine cities in California.

Nuro is currently using Prius cars outfitted with its self-driving technology to deliver groceries and prescriptions for Kroger and CVS in Houston. Ferguson said in the “next couple of quarters” the R2 would be doing the deliveries to “ramp up a full unmanned delivery service”. – Reuters