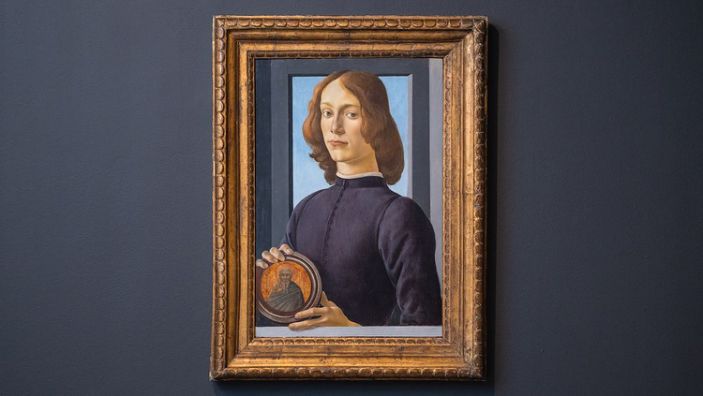 New York, Jan 29,, 2021 – A rare Botticelli portrait sold for $92.2 million at auction at Sotheby’s in New York on Thursday, a world record for any work by the Italian artist.

The Renaissance artist’s “Young Man Holding a Roundel” is one of only around a dozen of his portraits known to survive today. Sandro Botticelli’s large-scale “Birth of Venus” and “Primavera” paintings are displayed in Florence’s Uffizi Gallery.

Sotheby’s said it was one of the most significant portraits of any period ever to appear at auction and fetched the second-highest price for any Old Master painting. At $450 million, “Salvator Mundi,” attributed to Leonardo da Vinci, set the world record in 2017 for an Old Master or any work of art.

Bidders on the phone and online participated in Thursday’s auction. The identity of the buyer was not disclosed.

The 15th-century work, which has also been known as “Young Man Holding a Medallion,” had carried a pre-sale estimate of $80 million, and Sotheby’s had thought it might fetch more than $100 million.

“This is not only an exceptional painting, it is also the epitome of beauty, and of a moment when so much of our Western civilization began. Today’s result is a fitting tribute, both to the painting itself and all that it represents,” said Christopher Apostle, director of Old Masters paintings at the auction house.

Sotheby’s said “Young Man Holding a Roundel” was acquired for $1.3 million by its previous, unidentified owner at an auction in 1982 in the United Kingdom.

It shows an unknown young man, likely a member of Florence’s elite in the late 15th century, dressed in a simple tunic with a blue sky behind him and holding a roundel, or medallion.

The previous record for a Botticelli was set in 2013 when his “Madonna and Child with Young Saint John the Baptist” sold for $10.4 million. – Reuters