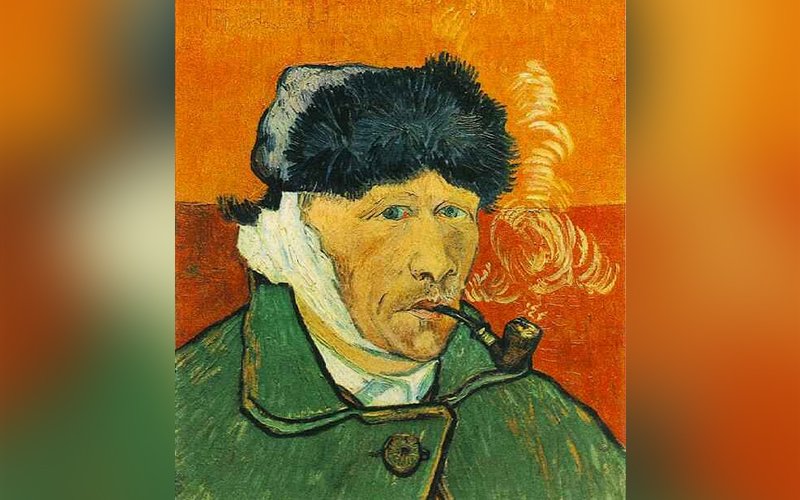 While some historians blame rival French painter Paul Gauguin for having attacked van Gogh, others favor an act of self-mutilation as a result of mental disorders.

A brand new study is giving credibility to the latter theory, claiming that the injury followed psychotic disorder fueled by alcohol withdrawal.

Researchers from the University Medical Center Groningen, Netherlands, claim that Vincent van Gogh suffered from severe borderline personality disorder. The symptoms of this psychiatric pathology could have been aggravated by acute alcohol addiction.

While trying to withdraw from this addiction, the artist who also suffered from malnutrition, would have experienced delirium that entailed his self-inflicted left ear mutilation.

“Thereafter, he likely developed two deliriums probably related to alcohol withdrawal, followed by a worsening with severe depressive episodes (of which at least one with psychotic features) from which he did not fully recover, finally leading to his suicide,” wrote the authors of the study published in International Journal of Bipolar Disorders.

Before reaching this diagnosis, the team reviewed 900 handwritten letters sent by the Dutch artist to his relatives, notably his brother Theo.

These historic documents allowed them to fill out four questionnaires on personality disorders to better understand van Gogh’s psychopathology. One should note, however, that such a method of analysis has its own limitations.

“In these letters he described what he was experiencing in his life, including his mental problems, although it must also be realized that Van Gogh did not write his letters for his doctors, but for his brother Theo and other relatives, to inform, or to reassure them,” note the authors.

Van Gogh’s mental state has fueled speculations over the years. In 2016, 35 doctors, psychiatrists and international art historians never managed to agree on a definitive diagnosis.

This meeting was sponsored by Amsterdam’s van Gogh’s museum in relation to the Dutch painter’s exhibition “On the verge of insanity.”

“There have been thousands of medical papers about Van Gogh’s mental condition, but it has proved remarkably difficult to determine the cause of his problems.

“… This latest paper, by some distinguished specialists, is certainly important and based on a serious study of the artist’s symptoms. But it is unlikely to be the last word on this challenging question,” declared Martin Bailey, a Van Gogh specialist, to Artnet News.