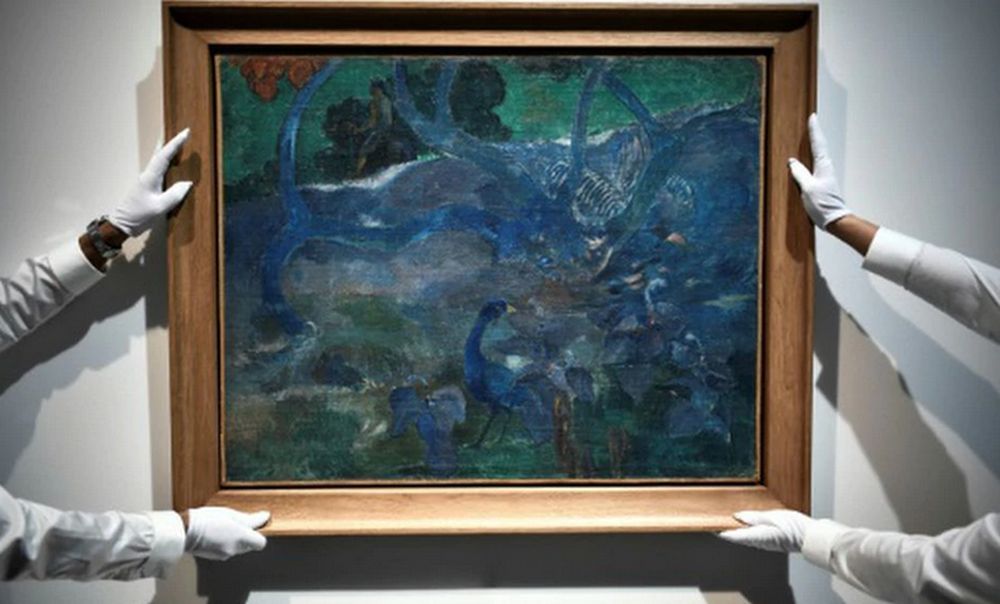 Paris, Oct 3, 2019 — A painting by French post-impressionist painter Paul Gauguin is to be sold in Paris in December in an auction expected to fetch at least €5 million (US$5.48 million).

The oil on canvas titled “Te Bourao II” and believed to have been created in 1897 when Gauguin was living in Tahiti, French Polynesia, is one of a series of nine paintings produced by the artist while working on a much larger scale project later titled: “Where Do We Come From? What Are We? Where Are We Going?”

The current owner of “Te Bourao II”, whose name is not public, loaned the painting to the Metropolitan Museum of Art of New York City between 2007 and 2017.

Out of the nine paintings of the Tahiti series, “Te Bourao II” stands as the only work still in private hands, the others hanging on the walls of prestigious museums around the globe.

“I think high-level institutions and art collectors will be interested in this painting. Why? Because there are very few works of Gauguin from his ‘Tahitian period’ on the market,” Bruno Jaubert, a director with auction house Artcurial, told Reuters.

Born in Paris in 1848 and gaining in fame after his death in 1903, Gauguin was influential in the symbolist movement as a painter, sculptor and ceramist. He also influenced artists like Pablo Picasso and Henri Matisse. — Reuters