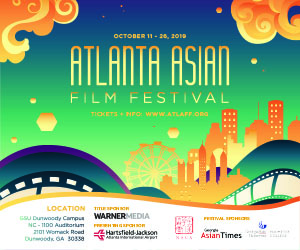 “We are proud of the growth of the festival over the years. We remained a boutique festival focusing on high quality films with social and empowerment message in the films,” said Li Wong, Executive Director and founder of the Atlanta Asian Film Festival.

The festival has attracted loyal fan base with its unique programming of film works that are sought after from Asia-Pacific region.

Premiere Night Gala will feature snippets of the festival programming and a Taste of Asia reception featuring culinary delights from different Asia-Pacific countries.