Warning: unlink(/tmp/jnewslibrary-SqBuda.tmp): No such file or directory in /home/customer/www/gasiantimes.com/public_html/wp-admin/includes/class-wp-filesystem-ftpext.php on line 142
 Chinese Zodiac Horoscope for Year of Rabbit - Georgia Asian Times
ABOUT
Advertise in GAT
Contact us

According to the Chinese Zodiac, everyone is assigned an animal based on the year they are born.

According to the Chinese Zodiac, everyone is assigned an animal based on the year they are born.

There are 12 animals, each of which is linked to certain characteristics, and they rotate every year. They are the Rat, Ox, Tiger, Rabbit, Dragon, Snake, Horse, Goat, Monkey, Rooster, Dog and Pig.

This is said to be a lucky year overall for all 12 of the zodiac animal signs, but some will face more ups and downs than others.

The Rabbit, or specifically the Water Rabbit, is a sign of longevity, peace and prosperity in Chinese culture, meaning 2023 is predicted to be a year of hope.

Here’s what each animal sign can expect for the next 12 months. 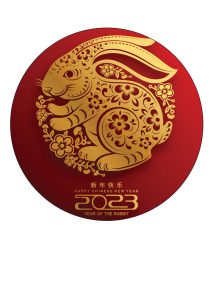 Rabbit – born in 1951, 1963, 1975, 1987, 1999
2023 is the year of the Rabbit, and those entering their zodiac birth year must be prepared for adversity. Astrologers suggest making “extra efforts everywhere and face challenges” head on. Rabbit people, this year won’t be such a smooth one, but “a rainbow will come after the storm”.

Dragon – born in 1952, 1964, 1976, 1988, 2000
Dragons' fortune, according to Chinese astrology, will be affected, but experts say there is “no need to worry much” because the lucky stars will guide you. Career-wise, development will be smooth sailing, and love will be “relatively flat”.

Rooster – born in 1957, 1969, 1981, 1993, 2005
Roosters are said to “suffer from the opposition” in 2023, with luck being “particularly unfavorable”. To overcome various challenges, maintain an optimistic attitude and “put in more effort than last year”. Experts added: “Although your career and financial predictions are not so good, your love forecast is good.”

Dog – born in 1958, 1970, 1982, 1994, 2006
Those born in the Chinese zodiac year of the Dog is set to experience more decline in health and wealth – so pay more attention to these areas over the next 12 months. In work and love, Dogs are advised to do their “own thing in a down-to-earth manner” so overall prospects gradually become smoother.

Ox – born in 1949, 1961, 1973, 1985, 1997
According to Chinese astrology, among the 12 animal signs, the Ox is second and the Rabbit is fourth. The second and fourth positions help each other, indicating good luck this year. But anyone with the sign Ox is encouraged to work hard and” seize every opportunity to make your year more successful”.

Tiger – born in 1950, 1962, 1974, 1986, 1998, 2022
Tiger’s overall fortune is on the rise compared to 2022, and they are said to be “destined to be very comfortable in life and work”. Overall, Tiger’s horoscope is good, but there are going to be “some twists and turns in the process”. Tiger people are encouraged to learn useful lessons from failures, and be the calm in difficult situations to avoid strife.


Warning: unlink(/tmp/jnewsfirstload-gUxgAI.tmp): No such file or directory in /home/customer/www/gasiantimes.com/public_html/wp-admin/includes/class-wp-filesystem-ftpext.php on line 142