Atlanta, June 25, 2022—Trailblazer, meaning a pioneer or innovator, is one word describing all the women gathered at Ellis Hotel on Saturday. The Asian American Women’s Political Initiative hosted an event to celebrate AAPI women trailblazers and the inaugural class of national civic impact innovators.

Vu started the event by sharing her poem titled “Make America Great Again,” which she wrote about six to seven years ago. Even though she thought it would eventually become irrelevant, her words still resonated with many, years later. 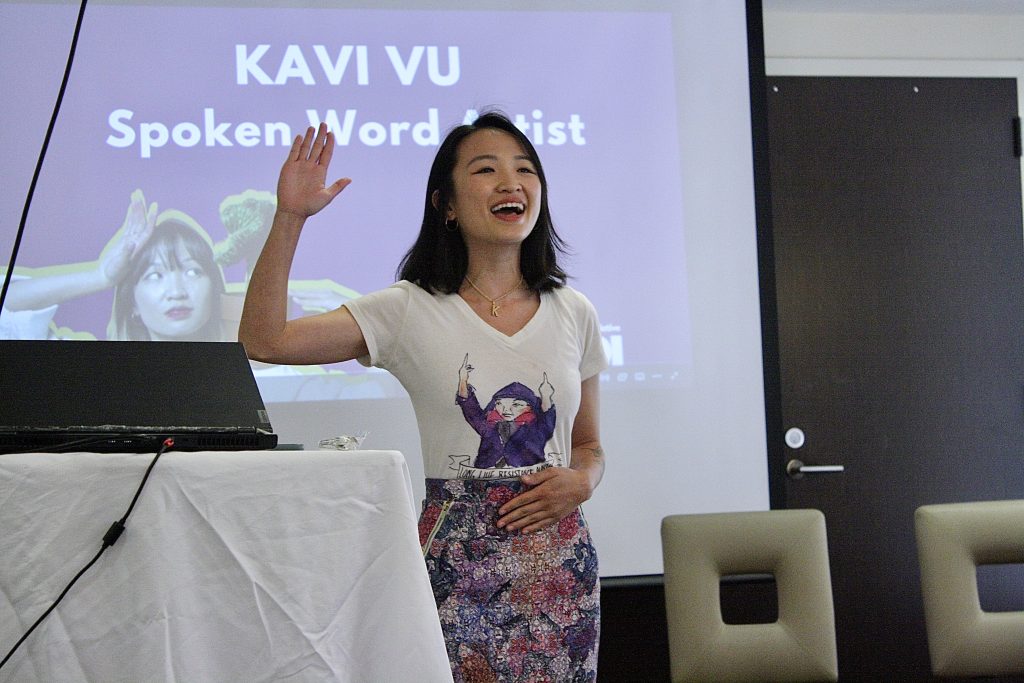 Vu’s poem begins by introducing the theme of her elementary school civic oration contest: what makes the USA great? Her teachers discouraged her from sharing her immigrant story because it’d “isolate” the judges and lower her grade in the contest. From that moment on, Vu battled between staying silent, like her mother, or telling her story to the world.

“I will stay and lobby because no man's voice is louder than my choices for my body. Especially today mom, I know, I sound angry. I know we're supposed to keep our heads down and stay friendly but I'm so tired of being agreeable to a point of having no identity,” Vu said.

Many other women in the room clapped and nodded their heads in agreement to that last line. With her poetry, Vu has been able to put emotions that many Asian women struggle with into words. Vu innovates a community of vocal Asian women.

“Especially in a time where our country is very divided, I just know how to tell my truth. These are things that happened to me and my parents, my family, and I think that that really resonates with people,” Vu said.

Vu says to the young girls and the next generation of innovators: “You're always gonna feel like you're doing something wrong, because this has never been done before. There is no blueprint. There's no right or wrong. You just have to get out there and do it … we're here for you.”

In a panel style discussion with Diana Hwang, Founder and Executive Director of AAWPI, Islam opened by telling her story. The candidate for Georgia State Senate grew up in Gwinnett County and is the daughter of Bangladeshi immigrants.

Growing up without seeing representation of people that looked like her inspired her to ensure her community had a voice.

However, as a South Asian Muslim woman, Islam was told she wasn’t electable and was often the only Asian, only Muslim, or only woman in the room. But, that’s why she was excited to see many ambitious women innovators in front of her eyes.

“10 years ago, it was often just me. I always thought that Georgia wasn't ready for an AAPI woman to run for office, for someone with the name like Nabilah Islam,” Islam said. 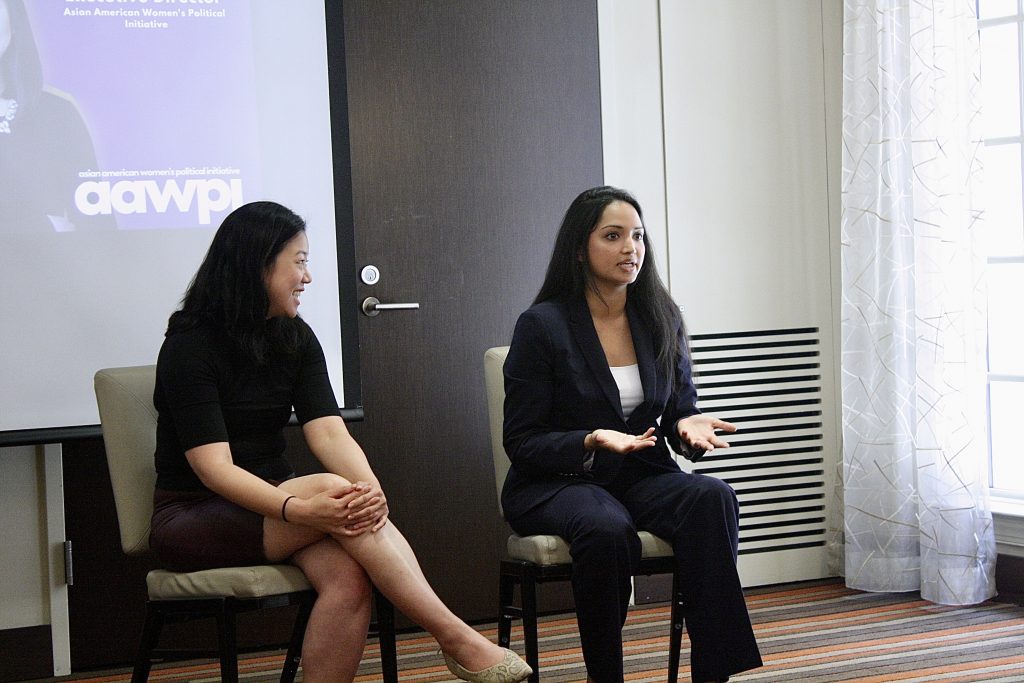 However, she continued stressing the phrase “When you’re not at the table, you’re on the menu,” meaning unless someone is present to represent you, your issues will not be discussed at the tables of political power.

She believes she is only a vessel and wants to make sure that it’s the community driving the change. She plans to engage the Georgia Asian voters and bring them to the table, whether that be through ads, phone calls, door to door action, or ensuring campaign materials are in different languages.

Islam innovates a space to represent the voices of Asian women.

“When I'm elected, that's something that I've definitely tapped into is innovators, is small business owners, is talking to AAPI women and seeing what ideas that they have to make sure that we are solving the issues that our communities have,” Islam said.

The next generation of innovators

According to AAWPI, the National Civic Impact Fellowship & Incubator Program is for low-income and immigrant Asian American and Pacific Islander women in Georgia and Massachusetts.

The nine women celebrated on Saturday each had a civic impact project funded at $10,000 by AAWPI, designed to “mobilize and create social change and equity for our communities.”

Even though Au was not able to join the event in person, she provided a pre-recorded video to be shared at the event. Vu and Islam both rejoiced in the community of shared experiences with fellow empowered women.

As these innovators navigate how to be an Asian woman with something to say, something to fight for, and something to prove, there was one common theme: sometimes, you have to take a leap out of the comfort zone and just do it.

“A possibility doesn't exist unless you create it,” Islam said. “So I was like, I'm going to create the damn possibility and show people that an outspoken South Asian woman with the name Nabilah Islam can represent her community.”