No Result
View All Result
Home Eat Out

From Ghost town to Gold Rush

by Georgia Asian Times
in Eat Out, Metro Asian News

Time has finally given birth to the latest food trend in Asian culture, and it is finally sweeping the south. While many argue whether Filipinos are even considered Asian on social media forums like Reddit, the food of our people is exploding like wildfire across the US.

From where we stand, the Philippines is almost exactly halfway around the world. It is a southeast Asian Pacific archipelago that was colonized by the Spanish for 333 years. During these conquests the Spanish brought with them potatoes, tomatoes, garlic, and exotic fruits from foreign lands under the Viceroyalty of New Spain. Prior to the arrival of the conquistadors in 1521, however, Filipino food was largely influenced by Indonesia, Malaysia, and China whose trade outposts in the Philippines date as far back as the Song Dynasty.

At that time, the Chinese and other great cultures of Asia imparted on the Filipinos their use for bean sprouts, fish sauce, lemongrass, tofu and soy sauce, just to name a few. High volume trade routes to ports in the Philippines from mainland Asia and other coastal countries made it very easy to influence and help shape the foodscape of the Philippines.

The impact that economic interdependence and cultural co-existence had on our flavor profiles, food preparations and cooking techniques are still very prevalent to this day. Lumpia (eggrolls), rice noodle dishes like Pancit, and Sotanghon and similarly our rice porridges Arroz Caldo and Lugaw (much like Congee), share a great likeness to various classic dishes throughout Asia. Ube, a purple yam native to the Philippines, has become the next food phenomenon and has garnered a cult-like following of people around the globe who will go to great lengths just to indulge in a semi-sweet purple snack like Sapin sapin, Ube ensaymada, Ube cheese pandesal, and Ube Macapuno chiffon cake. 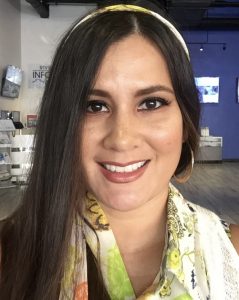 I visited Atlanta frequently in the years leading up to my residing here in 2018 and what I discovered back then was a scant filipino food scene. If each cuisine was described as a burgeoning town in the Wild Wild West then filipino food was a Ghost Town, complete with tumbleweeds, one watering hole and one sheriff whose boot spurs echoed against the walls of decrepit and vacant efficiencies.

Throughout my research I stumbled upon story after story of Filipino restaurants surfacing to feel the sunshine and then submerging into the dark abyss. It seemed like the city of Atlanta’s foodie population could only support a Filipino Food scene that was limited to a few food stands and pop-ups peppered about town.

However, in due time as I peeled back the layers I soon discovered that since 2012, Sarap Atlanta has been holding it down in markets and supper clubs throughout the City. Eggrollin’ ATL has been slinging Filipino food at markets from Suwannee, to Alpharetta, McDonough and beyond. Almost in tandem, Claire’s Kitchen and Antonio’s Family Foods began their Filipino Baked goods businesses and introduced meryenda desserts and Filipino breads to stateside locals here in GA. All of them, being the longest known purveyors of Filipino food, of note, who are still at it today. One would be remiss to not acknowledge their efforts in parting the sea and their collective contribution to helping Filipino food reach the promise land of finally going main stream.

Fast forward to current day 2022 as we catapult into the digital age of social media, and a new dimension of aesthetics and storytelling. With these tools at our fingertips, the #filipinofoodmovement of Atlanta is white hot and creating quite a stir throughout Georgia and all of its neighboring states. People travel far and wide to dine at Atlanta’s only lonely full-service Filipino Restaurant – Estrellita in Downtown Atlanta. Those same Filipino food-craving consumers follow pop-ups like Sarap Atlanta, Baolicious, Three Lola’s Bakeshop, Barangay ATL, Adobo ATL, Seven Finger’s Baked Goods, Kamayan ATL, The Real Deal Bakery, Bakers Hatt, and Filberto’s in Columbus, GA.

They wait for menus to drop boasting their favorite authentic dish, the most edgy fusions of flavors, or iconic desserts that have graced the cover of major local publications. They head out for the horizon on their next family road trip to the Metro Atlanta area on a mission to partake in their very own Filipino Food Tour, that, until recently, was logistically impossible.

Now on any given weekend you can hit up a one-stop-Filipino-food-shop at Estrellita, who hosts several Filipino pop-ups and indulge in ulam, palutan, meryenda and himagas. Afterward you can take in the many sights and tourist attractions around town and then move on to a local brewery where you can oftentimes find Adobo ATL, Sarap Atlanta, and Baolicious. We are now leaps and bounds beyond the scant ghost town I experienced from 2015-2018. With the constant passion and determination from all those mentioned above each weekend offers something better than the next.

As we wait in anticipation for the big boom and a Filipino food industry gold rush, one could easily surmise that… Filipino food has finally arrived in the A.

Hope Webb is a young entrepreneur, restauranteur, Organizer and Chief Administrator of Filipino Food ATL, and pioneer of the Filipino Food Movement in Atlanta