A year since March 16, 2021 has now passed and actions of hate towards AAPI people continue to cause mourning in the community. After a year of contemplation and seeking revelations, yet another question persists: where do AAPI people’s experiences with racism and hatred fit into American society and what actions need to be taken next?

Titi Yu, a Chinese American filmmaker for PBS, looks into storytelling for answers. Her documentary with executive producer Gina Kim, “One Day in March,” will be released on May 31, 2022 for Asian and Pacific Islander Heritage Month.

At eight years old, Yu immigrated to the United States from China with her family. She came without the ability to speak English, which is a story many Asian immigrants are familiar with. She recalls moments from middle school when peers would tease her for possessing an accent.

“I was mocked and made fun of so much that I thought the only way that I could be accepted as an American was to speak English without an accent,” Yu said.

While Yu does take pride in the fact that she talks “like an American,” she also understands how that experience in middle school changed her life. From that moment on, she carried the weight and damage of those words.

“I think that's the effect of racism, right?… these [kinds] of small things are things that you carry with you and that really [become] a part of your DNA,” Yu said.

The relationship Yu has with her Chinese heritage does not only consist of experiences with racism. Every night, Yu’s grandmother would tell her stories. Whether it be about their days or more, that was when Yu fell in love with storytelling — when she decided to become a documentary maker.

“The reason why I love documentaries and this is what I want to do with my life, is because I love storytelling. Film is such an amazing tool to tell stories about human beings. I would say it was my grandmother who really gave me the love of storytelling. She raised me and so that was something that we used to do every night,” Yu said. 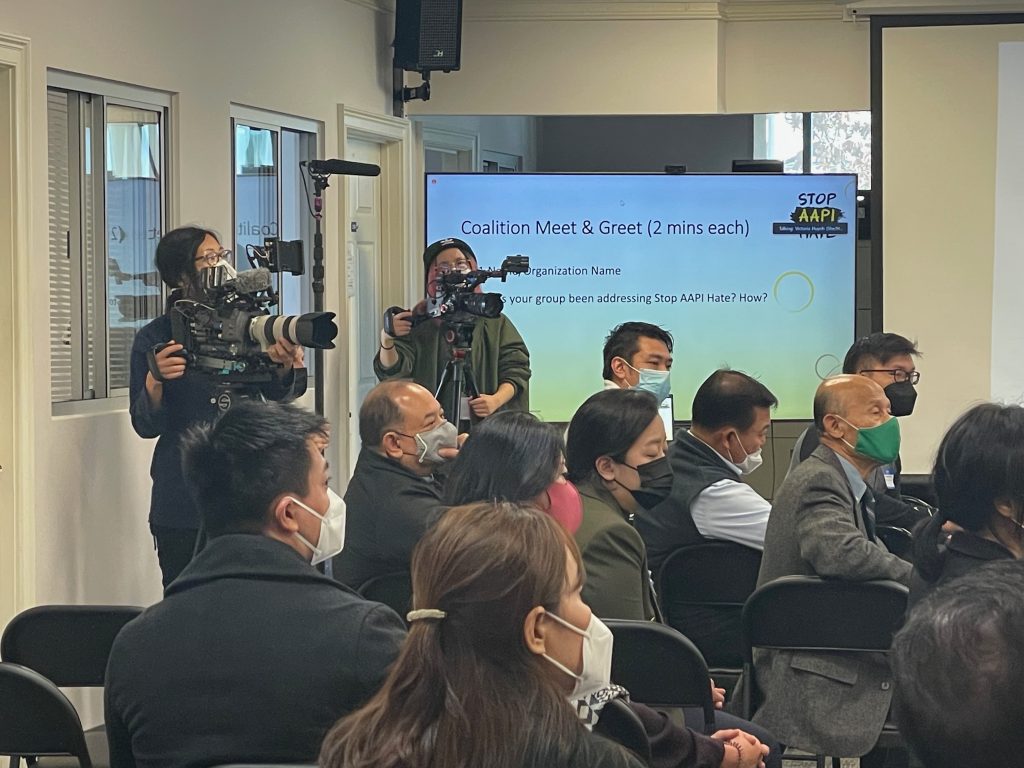 Yu remembers her reaction to the Atlanta Spa Shootings being one of alarm. She says that even with the frequency of attacks on Asian people, this moment really made her sit up and pay attention.

The impact March 16 had on American society and attention it brought to the #StopAsianHate movement was important to Yu’s documentary. However, she was already in the process of brainstorming before that moment. Having survived through nearly an entire year in a pandemic as an Asian American meant she was aware of how COVID-19 impacted the AAPI community first.

Former President, Donald Trump, used verbiage such as “Kung Flu” and “Chinese Virus” to refer to coronavirus. These phrases quickly became associated with Asian people, resulting in increased physical and verbal attacks toward Asian Americans. Many AAPI people knew someone who was spit on, physically assaulted, or verbally assaulted. Or, they were victims themselves.

In addition to the global pandemic in 2020, George Floyd tragically died on May 25, 2020, igniting a racial reckoning in America and around the world. Many were called to reflect on their actions and their country’s history of persecution.

Yu doesn’t have a complete answer to the question of where Asian experiences with hatred and racism fit into American society. She hopes that her documentary can bring light to the question and conclusions. But, she does know that AAPI experiences need to be heard and shared with the world.

“I think AAPIs have been suffering in silence for a long time. It’s not just about this pandemic. It’s about being blamed and scapegoated every time we have beef with another country, whether it’s 9/11 or the global pandemic. I think it’s incumbent on AAPIs to speak out now and demand tangible change from elected officials,” Yu said. 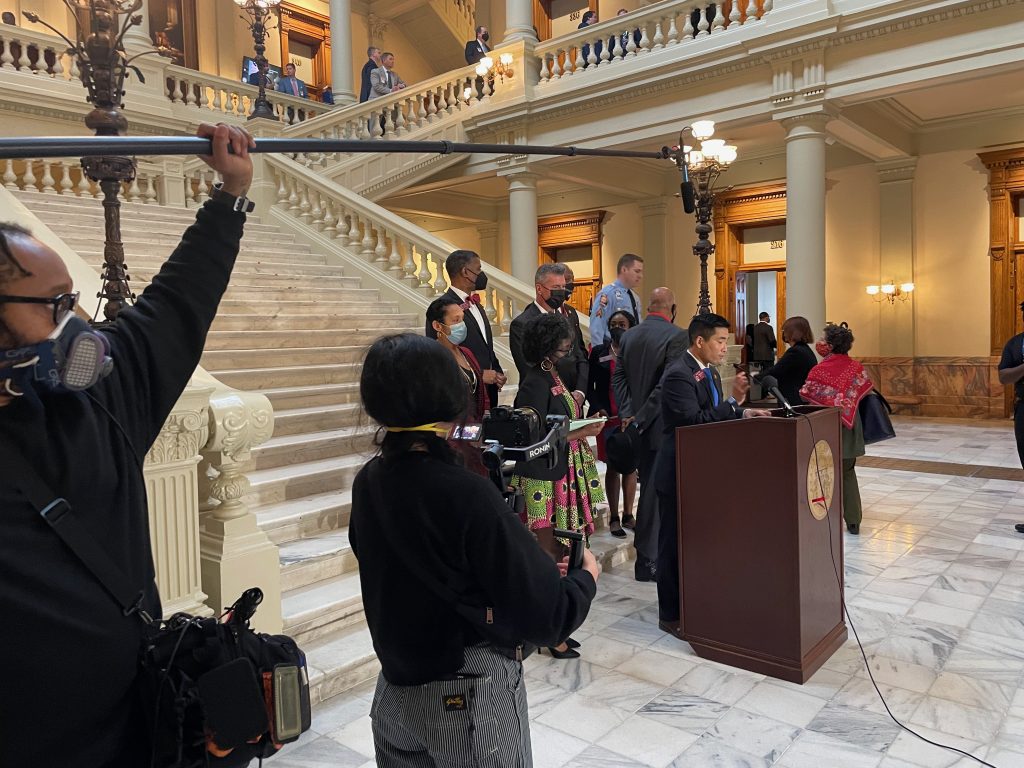 When Yu pitched the documentary with Gina Kim to PBS, they immediately responded with a “yes, absolutely.” Yu believes PBS was supportive also because of the recent 2020 senatorial elections and presidential election where Georgia Asian voters came into the spotlight.

“A lot of people say Asian Americans voters were the ones that really propelled Senator Ossoff and Senator Warnock to the Senate seats. So, it's very important for Asian Americans to come out and vote and have their voices heard and have our say in the directions of this country,” Yu said.

Yu doesn’t have a particular “a-ha” moment for when she started believing her voice mattered. Rather, she slowly realized that she can’t wait for others to tell the stories she wanted to hear — she had to be the one to do it.

“I want to encourage Asian Americans to participate more in American society and to have our voices heard and to not just keep our head down and work hard. I think [March 16] proves it's a moment to say that Asian Americans need to be speaking up,” Yu said.

Following the Atlanta Spa Shootings, Yu wanted to make a trip to the Atlanta AAPI community. She was happy to see the vibrant and diverse community formed and how everyone came together on the days following March 16. Knowing the impact Georgia Asian voters have inspired her to spread her story to as many AAPI as she can.

Believing that one is making an impact is hard to do. But, only after her beginnings and questions of belonging was Yu able to reach that point. Only after carrying the weight of racist rhetoric and unescapable tragedy in the AAPI community did she start telling the stories she wanted to hear.

To the young AAPI people who aspire to spread messages just like Yu, she has one sentence of advice:

“Pick up a camera and tell your own story,” Yu said.

Libby Hobbs is a journalism student at the University of Georgia and a proud Asian American.  Libby  also contributes to the Culture beat of the Red and Black. She hopes to combine her passion for music and writing by sharing stories of artistry with the world. As an adopted Chinese American, Libby hopes to continue lifting AAPI voices, whether it be in the music world or elsewhere.

Bina’s Six Apples: a hopeful story of resilience, legacy, and the strength of family in the face of displacement and war

Bina's Six Apples: a hopeful story of resilience, legacy, and the strength of family in the face of displacement and war