Sen. Au handled the introduction, praising Asian-Americans, particularly in Gwinnett County, for finally changing the perception that Asian populations are apolitical. Sen. Au pointed out that Asian-American voters were a key demographic in flipping Georgia’s US Senate seats from Republicans to Democrats in the 2020 US Senate election.

Jon Ossoff and Raphael Warnock were elected, defeating Republican incumbents Kelly Loeffler, who was later investigated by the Senate Ethics Committee for insider trading after selling stocks mere days before news of COVID-19 caused stock market indexes to plummet, and David Perdue, who spent much of his campaign bizarrely and Quixotically fighting against stimulus cheques for citizens out of work due to shutdowns in the early stages of the pandemic. The last Democratic Senator was Zell Miller in 2005.

Sen. Ossoff began by mentioning the upcoming 1-year anniversary of the Atlanta spa shootings, in which 8 people were murdered and 1 wounded by Robert Aaron Long on 16 March 2021, who claimed he had to kill spa workers to “help” others living with “sex addiction” as he claimed to be. Of the fatalities, 6 were Asian women. Sen. Ossoff noted his role and fellow GA US Senator Raphael Warnock’s co-sponsorship of the COVID-19 Hate Crimes Act, which was passed in the Senate and aims to reduce the surging hate crimes against Asian-Americans and Asian immigrants in the wake of much of the anti-Asian sentiment that was revived in the wake of the COVID-19 pandemic.

Sen. Ossoff stressed his awareness that his Asian-American constituents are not a monolith, and that his job is to work for all his constituents regardless of their ideology; he stated that some of the repeated concerns brought to his staff’s attention are reducing crime, expanding public transportation, building infrastructure, and language accessibility. Sen. Ossoff vowed to continue ensuring the voices of his constituents are not lost at the state or federal levels of government. 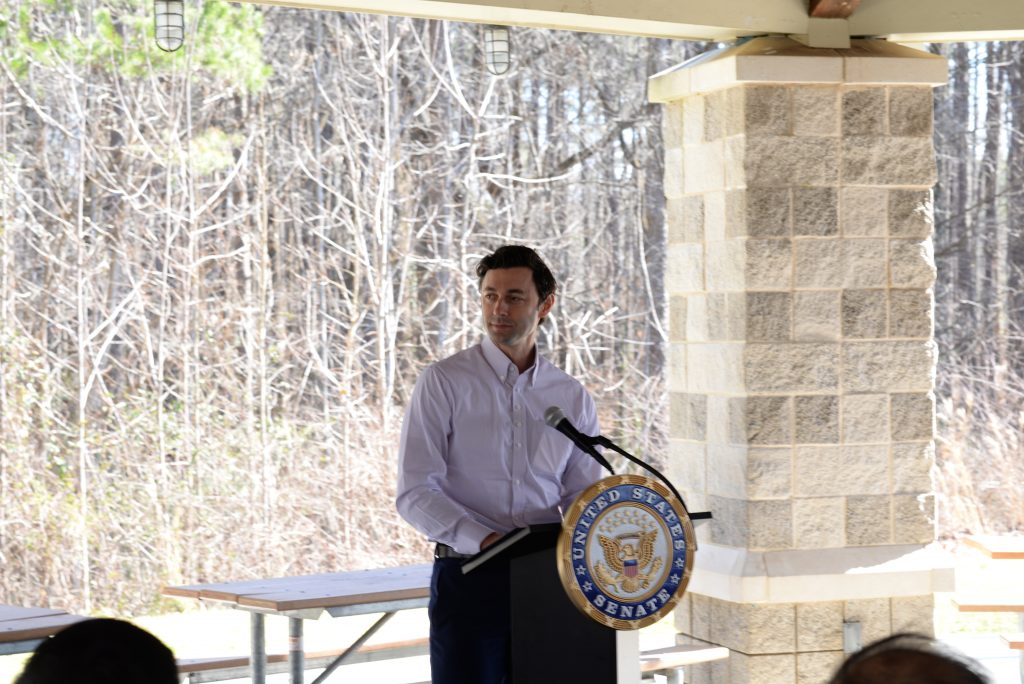 Sen. Ossoff afterward fielded a series of questions, most notably from Samantha Hamilton, justice fellow at Loevy & Loevy, who asked about the ICE detention center in GA where whistleblower Dawn Wooten revealed multiple cases of ICE detention were subject to medical and gynecological abuse. Sen. Ossoff said that while he can’t reveal exact details, there has been a subcommittee carrying out a 10-month ongoing investigation into the abuses of immigrant detainees by ICE and the findings be shared publicly.

Article edited on April 9, 2022 due inaccuracy of recorded statements.