More than 10,000 hate incidents against Asian Americans and Pacific Islanders were reported to the Stop AAPI Hate coalition from March 2020 through September 2021.

Atlanta, Jan 30, 2022 – Asian American Pacific Islanders Community members gathered together for Justice for Asian rally at the Center for Pan Asian Community Services (CPACS). The local rally is part of nationwide rally in remembrance of victims of hate crimes nationwide.

The rally is to honor all AAPI Hate crimes including Vicha Ratanapakdee, who was assaulted while on a walk in San Francisco to Michelle Go, a subway victim in New York a month ago.

Asians in America have long been subject to prejudice and discrimination, but the attacks escalated sharply after the coronavirus first appeared in late 2019 in Wuhan, China. More than 10,000 hate incidents against Asian Americans and Pacific Islanders were reported to the Stop AAPI Hate coalition from March 2020 through September 2021. The incidents involved shunning, racist taunting and physical assaults.

Senator Michelle Au (HD-50) spoke against the hate crime against AAPI and she was instrumental in bringing attention to the issue at Georgia's legislative chambers a week before the March 16 spa shooting last year.

“What we really want is to encourage Asian Americans to tell their stories,” she said, “and finally break the silence.”

Organizers say Sunday’s events in San Francisco, New York, Atlanta, Philadelphia, Chicago and Los Angeles were to honor victims, stand in solidarity and demand more attention to anti-Asian discrimination. But organizers say they also want to spark conversation in a community where both longtime Americans and newer immigrants are often lumped together as forever foreigners. 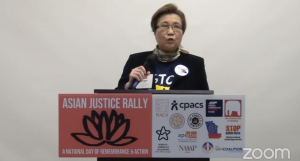 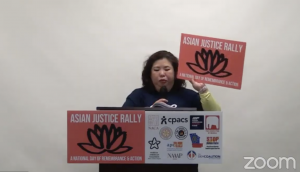 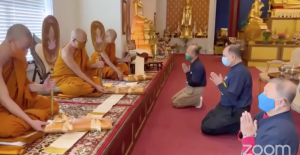 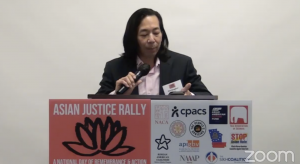