Beijing, Jan 18, 2021 — Chinese leaders are under pressure to boost slumping economic growth while they try to contain coronavirus outbreaks ahead of next month’s Winter Olympics in Beijing.

Growth sank to 4% over a year earlier in the final three months of the year, fueling expectations Beijing may need to cut interest rates or stimulate the economy with more spending on public works construction.

That slump is likely to worsen, leading to “more aggressive measures to boost growth,” Ting Lu and Jing Wang of Nomura said in a report.

On Monday, the Chinese central bank cut its interest rate for medium-term lending to commercial banks to the lowest level since early 2020, at the start of the coronavirus pandemic.

China rebounded quickly from the pandemic, but activity weakened last year as Beijing tightened controls on borrowing by real estate developers, triggering a slump in construction that supports millions of jobs. That made consumers nervous about spending and investors anxious about possible defaults by developers.

Consumer spending has suffered after authorities responded to virus outbreaks by blocking most access to cities including Tianjin, a port and manufacturing center near Beijing, and imposed travel controls in other areas.

Their “zero-COVID strategy” aims to keep the virus out of China by finding and isolating every infected person. That has helped to keep case numbers low but is depressing consumer activity and causing congestion in some ports.

The ruling party has stepped up enforcement ahead of the Feb. 4 start of the Winter Games, a prestige project. Athletes, reporters and officials at the Games are required to stay in sealed areas and avoid contact with outsiders.

Growth in consumer spending, the biggest driver of economic growth, fell to 1.7% over a year earlier in December from the previous month’s 3.9%.

“The prospect this year for consumer spending to rebound back to pre-pandemic levels has certainly dimmed,” David Chao of Invesco said in a report. “All eyes are on whether policymakers will evolve their zero-COVID pandemic policies.”

Officials have urged the public to stay where they are during the Lunar New Year holiday instead of visiting their hometowns. That will cut spending on travel, gifts and banquets during the country’s most important family holiday.

Forecasters have cut this year’s growth outlook to as low as 5% due to the debt crackdown and coronavirus.

“Downward pressure on growth will persist in 2022,” Tommy Wu of Oxford Economics said in a report.

Chinese exports, reported Friday, surged 29.9% in 2021 over the previous year despite a global shortage of semiconductors needed to make smartphones and other goods and power rationing imposed in major manufacturing areas.

Exporters benefited from reviving global demand while their foreign competitors were hampered by anti-virus controls. But economists say this year’s trade growth is likely to be weak and export volumes might shrink due to congestion at ports. 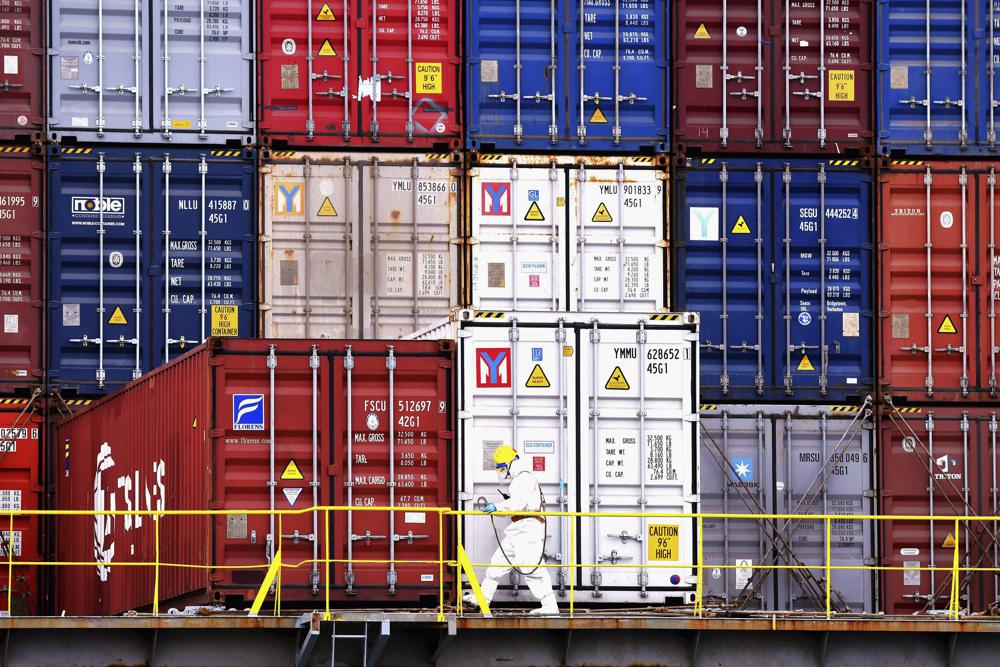 Auto sales fell for a seventh month in November, declining 9.1% from a year earlier, reflecting consumer reluctance to commit to big purchases.

Chinese leaders are trying to steer the economy to more sustainable growth based on domestic consumption instead of exports and investment and to reduce financial risk.

In mid-September, factories in some provinces were ordered to shut down to meet official targets for reducing energy use and energy intensity, or the amount used per unit of output.

One of the country’s biggest developers, Evergrande Group, is struggling to avoid defaulting on $310 billion owed to banks and bondholders. Smaller developers have collapsed or defaulted on debts after Beijing reduced the amount of borrowed money they can use.

Chinese officials have tried to reassure investors over the risks of wider problems, saying any impact on lending markets can be contained. Economists say a potential Evergrande default should have little effect on global markets. – AP

On MLK Day, Yellen says US economy is unfair to Black people