Seoul, November 15, 2019 – The creator of the children’s song “Baby Shark,” which has become a global phenomenon, says the firm is eyeing the Chinese market, where the tune did not quite catch on, with a brand new character featuring dinosaurs.

The popular song about a family of sharks has been a rallying cry at Lebanese anti-government protests, played at the White House and praised by President Donald Trump and become the unofficial anthem of the baseball World Series champions Washington Nationals. It has also prompted parodies and a dance craze.

The co-founder and the chief financial officer of the South Korean publisher behind the viral song and video, the fifth-most viewed all time on YouTube, said it is targeting China next to make sure that it doesn’t end a one-hit wonder.

“Who would have thought sharks could become this popular?” Ryan Lee of SmartStudy told Reuters in an interview. “Children who like dinosaurs definitely exist around the world, but there’s no brand name attached to them.” 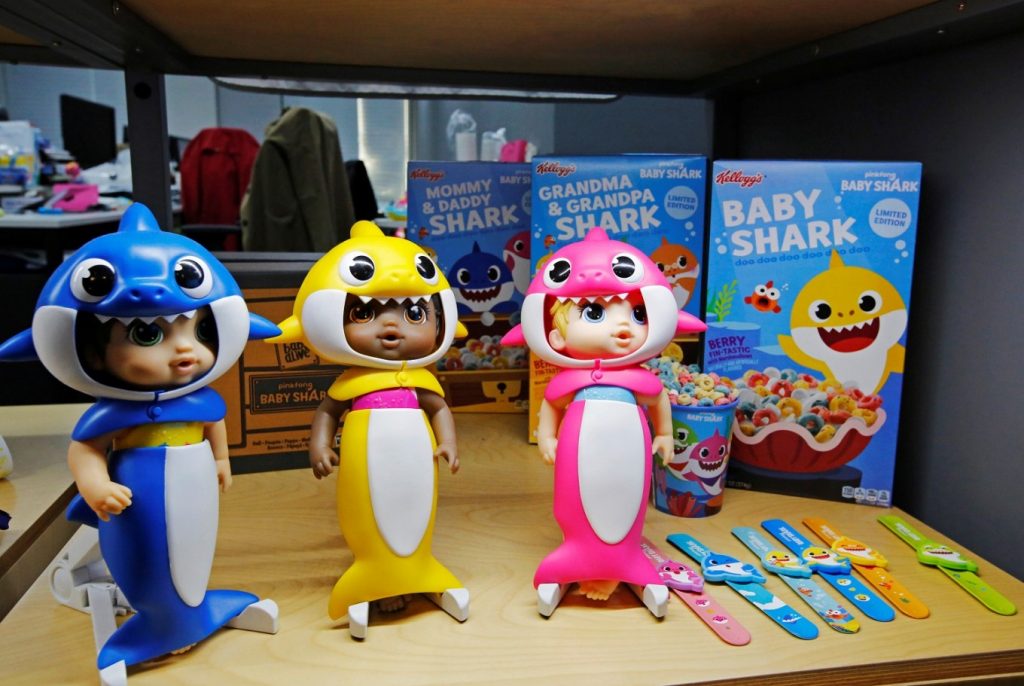 The Baby Shark song, which has had 3.9 billion views on YouTube, is a under copyright to SmartStudy, a South Korean company that is planning an IPO.

Lee said the company sees the song to Baby Shark as “evergreen content”. It is planning a Baby Shark-themed animated TV series with the Nickelodeon television network.

For Asia’s fourth largest but maturing economy, the so-called “kids industry” has been a bright spot with a five-fold growth to 40 trillion won ($34.3 billion) in revenue in 2017 from 2002, according to eBEST Investment & Securities, even though its birth rate is one of the lowest in the world.

SmartStudy sees the limitation of the domestic market and is eyeing China, where the absence of YouTube, and the clunky local word for shark, did little for Baby Shark’s appeal.

Dinosaurs, on the other hand, will be a different story, Lee said, citing China’s active research into the reptiles as a sign of great interest.

“China is not an easy market, but there’s no market more attractive other than China. More than a billion people speaking a single language and this is a country that evolved into a market from a factory.”

SmartStudy eventually plans an initial public offering, the company said, hoping to capitalize on its 2019 sales projected at more than 60 billion won, eight times the figure five years ago.

Lee said the timing and location of the planned listing had not been decided yet although the company had picked South Korea’s Mirae Asset Daewoo as its IPO underwriter earlier this year.