Seoul, September 2, 2019 – South Korean workers fed up with bullying are being increasingly emboldened by a new tougher labor law to secretly record alleged abuse or harassment by their bosses, boosting sales of high-tech audio and video devices.

Gadgets disguised as leather belts, eyeglasses, pens and USB sticks are all proving popular with employees in a country where abusive behavior by people in power is so pervasive that there is a word for it – “gabjil”.

Several incidents have made international headlines, most notoriously the 2014 Korean Air “nut rage” case in which the airline’s vice president Heather Cho assaulted a crew member over the way she was served macadamia nuts in first class.

Under the new legislation, which came into force on July 16, company owners who “unfairly demote or dismiss” workers who allege harassment can be imprisoned for three years or fined up to 30 million won ($24,700).

Reuters spoke directly with a handful of employees using James Bond-like secret devices and observed around 100 others talking about their use in an online chat room created by lawyers, called Gabjil 119, to give free advice on bullying cases.

Auto Jungbo Co.’s sales of voice recorders so far this year have doubled to 80 devices per day, Jang said as he forecast sales to also double this calendar year to 1.4 billion won.

Jang, whose company is one of around 20 across the country selling the devices directly and supplying other retailers, said other popular devices included electronic car keys and cigarette lighters.

“You can make any shapes, honestly,” he said as he showed Reuters his range of devices. “This glasses frame is a camcorder; it’s useful in places you cannot carry some of these devices. The pen is the most popular though.”

A 34-year-old aircraft engineer using the Gabjil 119 site shared an audio recording with Reuters of a man he said was his boss using expletives to berate him for taking leave to care for a sick family member.

The engineer, who requested anonymity, made the recording on his phone but the confrontation convinced him he needed something more discreet so he snapped up a USB voice recorder “to carry it with me at all times.”

The gabjil culture in South Korea has been enabled by traditions of deference to status in all walks of life, from schools to family-owned conglomerates. 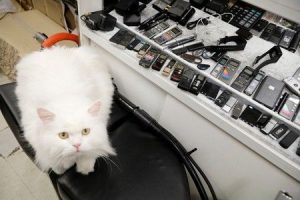 A few years after Heather Cho ordered her Korean Air plane back to the gate over a bag of nuts, her sister Emily Cho, an executive with the airline’s parent company Hanjin Kal Corp, allegedly threw a drink at a business meeting attendee.

In another incident, a video showed Yang Jin-ho, the chief executive of tech firm WeDisk, assaulting an employee over performance issues.

Heather Cho resigned from Korean Air’s board and was jailed for several months for obstructing aviation safety. Her sister Emily publicly apologized and resigned, before returning Hanjin Kal’s board this June. Yang Jin-ho was arrested on charges of assault and coercion in December and is on trial.

Those high-profile cases resulted in a public outcry that prompted a cultural rethink, leading local media to dub the new legislation the “Yang Jin-ho Prevention Law”.

The labor ministry told Reuters that 572 employees had used the new law to file complaints against their workplace by Aug. 29, averaging 17.9 cases registered each day.

Gabjil 119 said around 58% of the 1,844 enquiries in the chat room since the new labor law related to workplace harassment, a much higher percentage than the 28% of the 11,938 inquiries over the previous six months. – Reuters

Hong Kong leader says she would ‘quit’ if she could, fears her ability to resolve crisis now ‘very limited’