Atlanta, January 10, 2018 — The Korean American Friendship Society (AKFS) has officially announced this year's recipient of its New American Hero Awards which comes along with a $10,000 cash award. The 2018 award recipients are Steve Stirling, President and CEO of MAP International and Byung J. “BJay” Pak, U.S. Attorney of Northern District of Georgia. 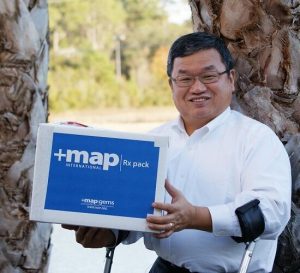 Steve G. Stirling personal story of struggle and endurance also makes him uniquely qualify for this year's award. Born is South Korea, Steve contracted polio as a young child and was abandoned by his own father at an orphanage at the young age of five. He grew up in the orphanage until he was adopted by a loving American family at the age of ten.

“I believe God allowed me to get polio for a purpose, and that's why I'm so passionate about getting life saving medicines to people in need around the world,” says Stirling in an interview with Georgia Asian Times.

Stirling is a graduate of Cornell University, with a Masters in Management from Northwestern University, He has an impressive twenty-five year background in executive leadership, diverse brand marketing, fundraising and management in major multinational corporations and NGOs (non-governmental organizations) including Heifer International, World Vision, and Bristol-Myers Squibb.

Stirling joined MAP International in 2014 after initially turned down the offer from a professional executive recruiter. 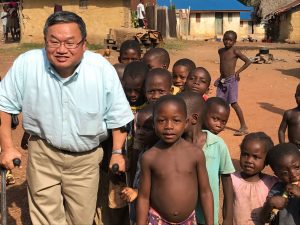 MAP International is a Christian global health organization headquartered in Atlanta, provides medicines, prevents disease and promotes health to create hope and lasting change in some of the poorest countries in the world.

“I changed my mind after my wife, Sook Hee persuaded me to reconsider the job offer based on the group's Christian mission,” said Stirling.

The job offered less financial compensation and less prestigious title but it doesn't matter to Stirling as he believes in the the organization's core mission.

“I am deeply honored and humbled by the award,” said Stirling, who confirmed that he received a congratulatory call from Sunny K. Park, President of AKFS, about the award prize recently.

The New American Hero Awards Gala is scheduled for 6:00 pm, February 23, 2018 at Le Meridien Hotel at Perimeter Mall in Dunwoody.