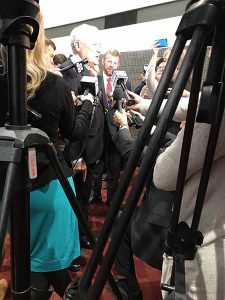 Deal discussed Georgia's bid for the e-commerce giant's coveted second headquarters during the annual Eggs & Issues breakfast of the Georgia Chamber of Commerce. He urged lawmakers not to waste time with proposals aimed at “trying to guess what Amazon is going to do” during their 40-day session that began this week.

“Let me assure you that if Georgia makes the list of final three contenders for HQ2, I will call a special session so that we can make whatever statutory changes are required to accommodate a business opportunity of this magnitude,” Deal said. “To do so before we know where we stand would be presumptuous on our part and premature.”

Metro Atlanta is among 238 cities and regions in the U.S., Canada and Mexico that submitted proposals last fall for Amazon's second headquarters and the promise of 50,000 new jobs.

In addition to financial incentives, Amazon has said it wants to be near a metropolitan area with more than a million people; be able to attract top technical talent; be within 45 minutes of an international airport; have direct access to mass transit; and have room to expand its new headquarters to as much as 8 million square feet (0.74 million sq. meters) in the next decade.

Details of Georgia's bid have not been disclosed. Deal assured business leaders at the breakfast the state made “a strong, highly competitive offer.” 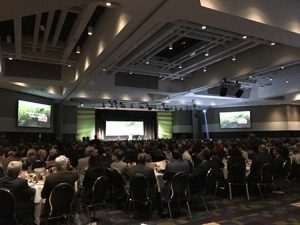 Instead of worrying about Amazon, Deal said, lawmakers should spend the session focused on other issues. The term-limited governor is expected to outline priorities for his final year in office Thursday in his State of the State speech to the House and Senate.

“We have opportunities over the next few months to strengthen our education system, improve the health and safety of our youngest citizens and invest in our network of transportation infrastructure,” Deal said. “We cannot allow those opportunities to pass us by as we wait on another.”